A coalition of women’s groups under the aegis of Anambra Central Women’s Forum, has endorsed Senator Uche Ekwunife of the Peoples Democratic Party (PDP) for another term in the National Assembly. The endorsement was announced at a group meeting in Awka, Anambra State Capital, to highlight preparations ahead of the 2023 general elections.

Mrs. Oge Ekweozor, the group’s spokesperson, said that Senator Ekwunife was the most experienced and accepted candidate to represent the zone following what she described as Ekwunife’s outstanding legislative performance.

It will be recalled that in May, Ekwunife emerged as the standard bearer of PDP in Anambra Central Senatorial District to represent the zone at the upper chamber for the second time.

‘Having evaluated the performance of Senator Ekwunife, her impactful constituency projects in the 55 communities in the zone and the need to consolidate and expand on the possible principal position as a second term senator, we, the coalition of Anambra women’s groups, now unanimously endorse Senator Ekwunife for a second term to consolidate on the gains her unrivaled representation has brought to constituents in the state. 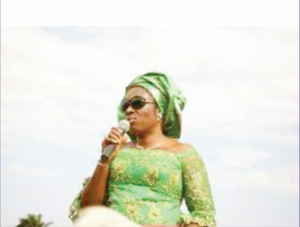 ‘We believe that Senator Ekwunife is one of the active female senators in the National Assembly and the best legislator to have represented the zone since 1999.

‘We hope that her return to the senate, and, hopefully as a principal officer, will birth more developmental projects for the constituents in the  Southeast and Nigeria at large,’ she said.

Ekweozor said Senator Ekwunife was one of the few women in politics who had broken the gender bias and redefined representation with ‘a deep sense of courage.’

She called on women and youths to mobilise votes for Senator Ekwunife in the communities as a demonstration of trust in her candidature to continue transforming Anambra Central.

Also speaking, Mrs. Eucharia Anekwe said the endorsement was part of the Anambra Women Agenda known as ‘Nwanyibuife’ (females are valuable) to drive the progress and development of women in the state.

‘We are worried about the low participation of women in politics and the electoral process and the low representation and appointment of women in the state’s and nation’s political space.

‘Our agenda is to mobile massive support for any qualified woman who is vying for elective position across parties. Hence, we are endorsing Senator Ekwunife,’ she said.

Mrs. Ifeyinwa Chinwuko, the legislative assistant to Senator Ekwunife, appreciated the women for recognizing what she described as the legislator’s outstanding legislative performance.