Anambra: Between an Airport and Good Roads

Make no mistake about it; an airport in any city or state will always be a good thing. But the snag is that it is always an ambitious project and one that gulps a lot of money which needs to be recouped as soon as possible. Thus, whenever such a project is to be embarked upon, it will be good to consider the economic viability of it, especially in a society like ours where there are many needs competing for our money.

And so it happened that the Anambra State Government under Chief Willie Obiano, decided to build a cargo airport in the state. Initially, we were told that Anambra would not put any dime in the project as the Chinese would finance it.

However, with time, the Chinese were nowhere in sight, prompting the Anambra State Government to go on with it on sole sponsorship. In the 2019 Budget, for example, a whopping N6 billion Naira was earmarked for it, prompting questions as to whether the project was top on the state’s priority list. 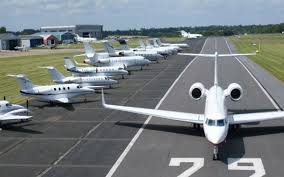 Those asking this question base their stand on the deplorable state of roads in the state which are becoming nightmarish to road users and causing other problems like making it easier for criminal elements to rob or kidnap people at such places.

In fact, one such place that has become a theatre of fear is the Amawbia-Enugwuagidi-Igbariam Road which has witnessed three separate kidnap incidents, with the last one occurring last Sunday.

A news report by Daily Independent Newspaper had this headline: ”Motorists Desert Road as Kidnappers Strike Again”. It was written by Chukwujekwu Ilozue, their Awka correspondent.

Here are snippets of that report:

”The ever busy Amawbia-Enugwuagidi-Igbariam Road which leads to Chukwuemeka Odumegwu Ojukwu University (COOU), was yesterday (Sunday) a shadow of itself former self as motorists deserted the road following yet, another kidnap incident.

”Daily Independent learnt that just 18 days after kidnappers abducted a man,  his wife and child along the road, the armed gang struck again on Sunday evening and abducted a Cameroon based  business man.

”The man, whose name was given as Mr. Clement Uzoghelu, who hailed from Nawgu Community in Dunukofia Local Council Area, was said to be returning from a private visit when he was abducted.

”He was said to have been abducted at about 6pm at the swampy bad portion of the road; the very spot where the family of three were kidnapped on December 23, 2020.

”Earlier last year, 2020, a lecturer with COUU was abducted on the same spot along the Amawbia-Enugwuagidi-Igbariam Road in the Njikoka Local Council Area.

”That incident took place about two poles away from the spot where the last one that took place.

”The road is gaining a measure of notoriety as unsafe following repeated abductions. In the previous incident, a Reverend Father barely escaped when he sensed danger”, the paper reported.

It was learnt that after, at about 3am, the kidnapped wife and her little girl were released as the baby became restless while the abductors still held the man for ransom.

The police public relations officer in Anambra State, Mohammed Haruna, was said not to have received the report when contacted.

Now, it is obvious from this report that the bad road there is being exploited by kidnappers and so are other roads in the state which share the same state of dilapidation.

To say that road infrastructure in Anambra State has collapsed is to state the very obvious. Roads are used by all; regardless of social rank. Indeed, they are the basis of any infrastructural development and thus, something that must take priority above any other thing.

Now, assuming we go with the 2020 budget which provided N6 billion for the airport project, it means that the said amount will cover the fixing of all the roads in the state and still keep some change. Remember these roads were once the reason Anambra was rated as the state with the best road network in the country.

But today, can the same still be said? The roads have been collapsing one after the other, despite half-hearted efforts at saving the situation.

But rather than address this all-important problem, we prefer to embark on what is surely a prestige project called an airport. Now, consider that we are surrounded by airports in Enugu, Asaba and Owerri. I can understand it if the logic is that we want to belong in the league of states with airports. But is that enough reason to abandon what surely is a more populist project for an airport?

Has anyone paused to consider how economically unviable such a project will turn out to be, at least on the short term? Isn’t it easier for traders in Onitsha to cross over to Asaba and use the airport there than to find their way back into Anambra hinterland to locate an airport? Remember that those who would be expected to patronize the airport are the business community in Onitsha.

If we are not sure of getting more than half of them patronizing our airport, of what need then is the urgency to have one? Of what need are the funds being wasted on the project?

Added to the airport thing is the International Business Centre being built. It is also a good thing to have in any state, no doubt, but it is another prestige project which we can ill afford at the moment, given our lean finances. This is yet another project which money should have been ploughed into more populist projects like roads and others.

It is not as if I’m flaying our governor needlessly but, given the tears of the people when they ply our roads, it is a no-brainer that ensuring that our roads are motorable first before embarking on such prestige projects makes more sense.

Apart from roads, are such necessities as housing. More money could be ploughed into it to make houses affordable to the masses of the state. There are still civil servants who daily come to work from Enugu because they don’t have houses in Awka.

If the N6 billion is split between building roads and houses, I think the masses will feel the impact. Remember that many of these people have no business with flying as they simply can’t afford to. Even those who can may elect to use nearby airports, rather than our own.

So the government should have been more pragmatic in this respect than embarking on projects that will neither yield money to the state nor have any direct positive impact on the generality of the people of the state.

It requires political will to resist the lure or temptation of embarking on fancy projects which, though may be prestigious, do not however have any direct bearing on the well-being of the masses of the state.

A state of emergency should long have been declared on roads in Anambra. Many of them have either become death traps or soft targets for criminals who waylay unsuspecting citizens at those places. The constant attacks on people by kidnappers at the Amawbia-Enugwuagidi-Igbariam Road is a perfect example.

There was no reason why such a bad spot should not have been treated long before the last yuletide, with the expected influx of people from different parts of the country and the world. But it was left unattended to and see what began to happen?

It is when we have achieved our basic needs that we should begin to think about ”legacy projects”. But who says good roads cannot be part of such legacy projects? Who says affordable houses cannot etch a governor’s name on the minds of the people?

There are many areas and things that have direct impact on the people that a government can tackle as part of laying a proper and solid foundation.

The township stadium in Awka that the government of Obiano is building is a good legacy project which has real value, being that the state has never had a stadium despite producing many sports talents. Again, sports has become the opium of the masses, as well as a unifying factor.

Thus the stadium is one project that is needed. It is a very good stadium too. Though not too big, its quality is among the best in the country. If we had such standard stadium in the three senatorial zones of the state, they would serve the people more than a conference centre.

It is when we have acquired the basics that we can begin to look for projects that will raise our profile.