The National chairman of the ruling All Progressives Congress (APC), Alhaji Abdullahi Adamu, has been petitioned over alleged unlawful removal of the state youth leader of the party in Anambra.

Innocent Nwanta, the state youth leader of the party who addressed journalists last Sunday, said he had been unduly victimized by the chairman of the party in the state, Mr Basil Ejidike.

Nwanta who distributed copies of his petition to the national chairman to journalists, said he had been unlawfully removed by the chairman, even though both of them were elected during the same congress.

He said his removal might not be unconnected to the recent defection of Senator Stella Oduah back to the People’s Democratic Party (PDP), while he stayed back.

His petition read: “It is on record that APC, Anambra State Chapter, on 30th January, 2022, held her state congress where members of the current State Executive Committee, including the State chairman, Chief Basil Ejidike, were elected.

“I, Hon Innocent Nwanta, was elected the State APC Youth Leader, and was subsequently inaugurated at the party secretariat, Amenyi, Awka. The summary of the result sheet of the state congress is hereby attached for your kind perusal sir.” 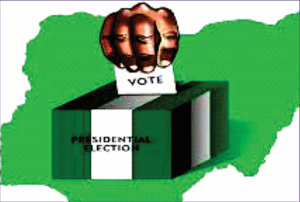 Nwanta further told journalists that it was surprising and embarrassing to him that the chairman who also benefited from the same congress would turn around and remove him for no reason.

“He stopped inviting me to State Executive meetings and sundry party functions, and has unjustly removed and replaced me with one of his errand boys, one Mr Jideofor Ejimofor.

“For record purposes, your Excellency, I am a bonafide APC member (attached herewith is my party membership card), with number An/Ogb/16/57524. I am an indigene of Ogbaru, and a voter in Iyiowa/Odekpe/Ohita Ward.”

Nwanta begged Alhaji Adamu to use his office to correct what he called the injustice and to prevail on the state chairman of the party to reinstall him.

He added that the fear that he might be a blackleg in the party did not arise as he refused to join Senator Oduah to leave the party when she left, but instead opted to remain in APC and had worked tirelessly for the success of the party.

Several attempts by Fides to get reaction from the state chairman, Mr Ejidike, were not successful as calls to his mobile phone were not taken.