The Anambra State chapter of the All Progressives Congress (APC) says it will drag its candidate in the 2021 governorship election, Senator Andy Uba, and the factional chairman of the party, Basil Ejidike, to court.

The party at a press briefing last Wednesday said this was a result of the recent conduct of congresses in the state by the faction led by the duo, which, they said, ignored a State High Court judgment stopping them from holding it, and another Appeal Court order which sacked Ejidike, while installing a former chairman of the party, Barr Emeka Ibe.

The state secretary of the party, Mr Chukwuma Agufugo, and other stakeholders, at the conference dismissed Uba as the leader of the party in the state, while affirming the minister of Labour and Employment, Dr Chris Ngige, as the authentic leader.

Agufugo said, ‘APC in Anambra is under siege. Some anti-democratic forces have taken over the party in the state but we will not allow them. 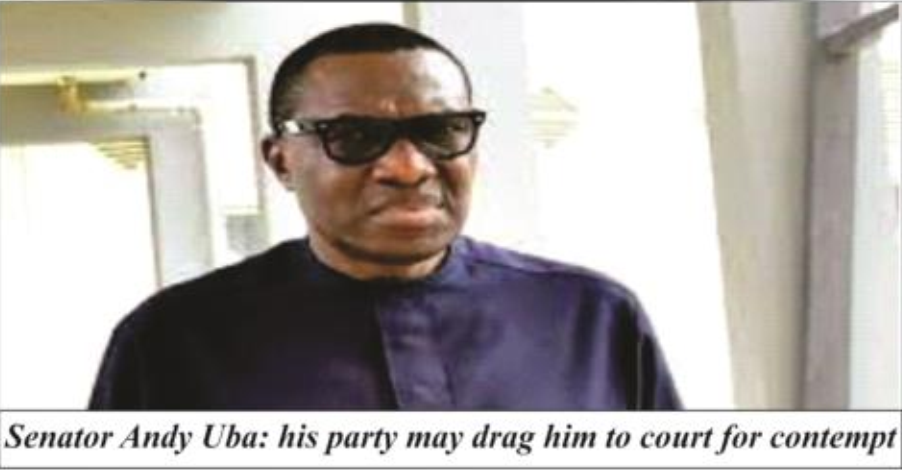 We hold this press conference today to dispel some information that enemies of the party have been dishing out to the unsuspecting members of the public. The problem of the party started during the last governorship primary election which was meant to elect; not select, a flag bearer.’

Agufugo said that it was unfortunate that Uba sidelined every other aspirant of the party to impose himself as flag bearer, leading to a woeful outing by the party in the 2021 governorship election.

‘That election registered a very devastating outcome and it is the worst election our party ever had since 2013 when the party was formed. The truth is that those who led the party to such poor outing should have long resigned, but they still carry on, purporting to be leaders of the party.

‘They ignored the resolution of the party to install Emeka Ibe as chairman, and blatantly refused to obey the Appeal Court order which removed Ejidike and installed Emeka Ibe. Our members who instituted that court case are here, and we have advised them to go to court and apply for form 48 and 49 against both Andy Uba and Basil Ejidike.

‘The law is no respecter of man, and they have run foul of the order of court, and that is contempt and they must pay for it,’ Agufugo said.