The Anambra State Government has described as false, news of the denial of the federal government to grant it a license for international operations for its new airport.

It said the report was false, adding that the Federal Government through the Minister of Aviation, Hadi Sirika, had been very supportive in the project, and was also impressed with the quality of work on the project, reports Ikeugonna Eleke with additional reports from Jude Atupulazi.

It will be recalled that news had lately broken about the refusal of the Federal Government to accord the airport an international status, being that it did not meet the requirements. The development, according to those reports, meant that the airport would be condemned to operating only local flights. 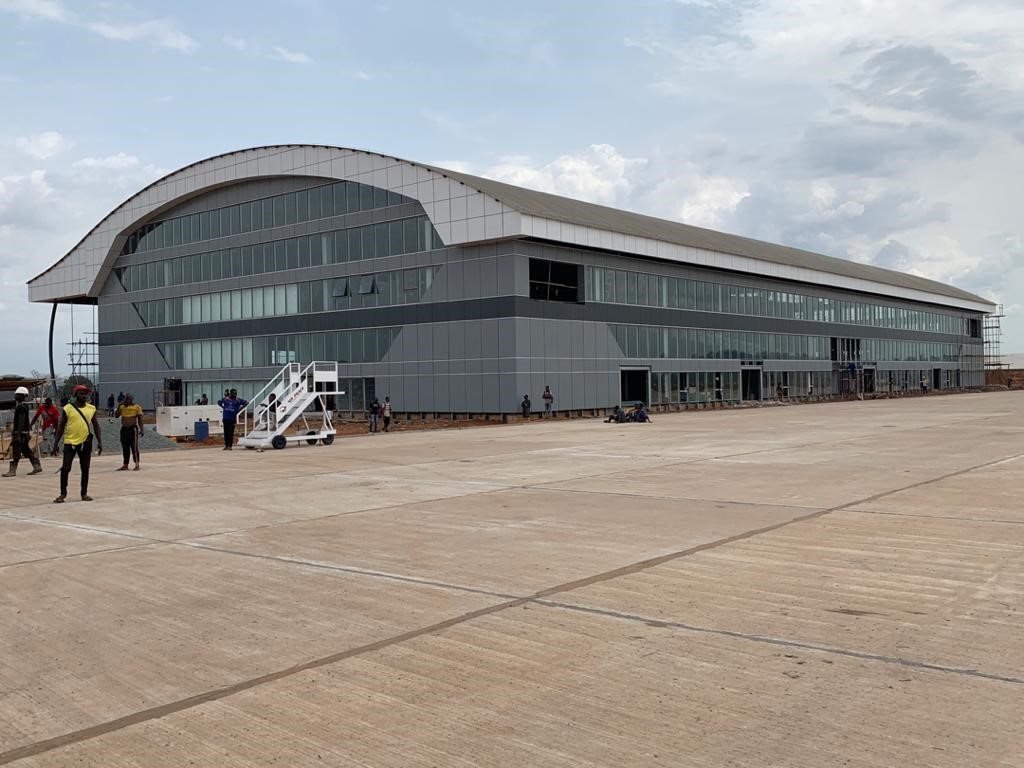 Terminal building of Anambra Airport in Umueri. The first plane is billed to land here on April 30

But in a press release signed by the Anambra State Commissioner for Information and Public Enlightenment, Mr C. Don Adinuba, the Anambra State Government debunked the story, stating that the first flight would touch down on the airport on 30th April.

The statement read, “The first commercial plane is scheduled to land at Anambra International Cargo/Passenger Airport on April 30, 2021, to test-run the facilities at the airport.

“The first plane to land on April 30 belongs to a worthy son of Anambra State, Chief Allen Onyema, who operates the only indigenous international air carrier in the country.

“The news report is, of course, false, misleading and mischievous. The report fails to state when the Minister announced the alleged decision, how and to whom. In other words, it fails the basic requirements of a news report.

“Yet, we are compelled to refute the substandard report because of the anxiety it has created in millions of Nigerians, particularly Anambra people across the globe who cannot wait to make use of the airport.

“Anambra International Cargo/Passenger Airport remains an international airport. It will be commissioned at the appropriate time this year. Like any other airport in the world, it will start with local operations, add regional operations later and finally international flights.

“Its facilities are strong and built to global standards. The facilities are big enough to accommodate the biggest aircraft in the world. The runway is 5.7 kilometres in length and 60 metres in width, the longest and the largest throughout Africa.

“The Minister of Aviation has been exceptional in his support for the airport. The people and government of Anambra State could not have asked for better cooperation from the Honorable Minister and relevant agencies under his supervision like the Nigerian Civil Aviation Authority (NCAA) whose leadership has never wavered in its praise for the quality of the job done and the commitment of the state political leadership.”

It called on the people of the state to discard the news, saying that it was from opposition politicians who were jittery about the successes of the Obiano Administration.