The leadership of Amesi Town, Aguata LGA, Anambra State, Amesi Improvement Union (AIU), has exempted the vigilante operatives of the community from all levies and dues as well, including road maintenance works at all levels in the town.

The President General (PG), AIU, Hon Leonard Muorah, announced the exemption in his address at the inauguration of the reformed Vigilante Group of the town held at Central School, Amesi, last Saturday, January 23. 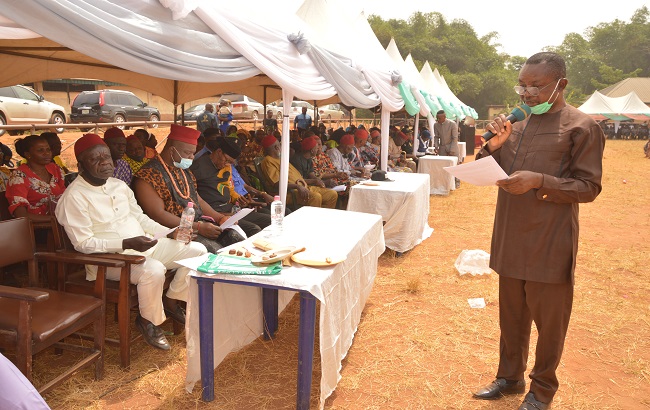 ‘I congratulate you, my dear vigilante operatives, on your successful training and eventful inauguration. The community pledges to support you adequately and have mapped out various incentives, which among others, include the exemption from the payment of all the Union’s levies and dues at the central, village and kindred levels and exemption from road maintenance works at all levels,’ the address read.

The PG equally announced that the vigilante operatives in addition to being the foremost beneficiaries of any form of palliatives from the community, would also have access to treatment of injuries which they might sustain in the course of their duties.

He called on the Anambra State Government to consider and approve provision of life insurance for vigilante operatives in the state, as well as their enrolment in the Health Insurance Scheme. Muorah observed that such provision, when in place, would bring about efficient community vigilante which would complement the efforts of the police for improved security in the state.

This was even as the town’s union leader appealed to Governor Willie Obiano to support the vigilante outfit of the town with more security vehicles and equipment so as to boost security in and around Amesi.

Fides gathered that the reformed Vigilante Group of Amesi was set up and equipped by the community to tackle insecurity in the town.