The People of Amesi in Aguata Local Government of Anambra State, have crowned Igwe Raphael Okpalaeke (Igwe Okalabo III) of Umuocha Village as the traditional ruler of the town.

Chief Innocent Ezeonyebuchi, the Traditional Prime Minister of Amesi Town, told newsmen that the selection of the new monarch was peaceful and in accordance with the laid down succession rites. 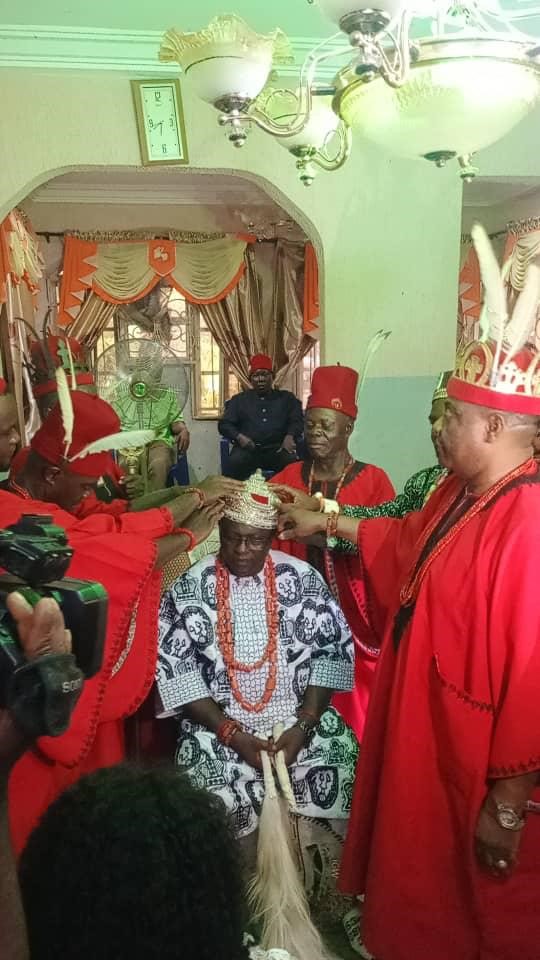 Ezeonyebuchi said the traditional rulers of the town were Christians and it did not take long before the deceased ones were replaced.

‘We expect that the peace we are enjoying will continue under the new Igwe and call on the people of Amesi and Government of Anambra to support him and help him to succeed,’ he said.

For his part, the Catholic bishop of Ekwuluobia Diocese, His Lordship, Most Rev Peter Okpalaeke, said government at all levels should incorporate the traditional institutions as part of its security strategy.

Okpalaeke said the erosion of culture and values of the people was partly responsible for strife and insecurity in society.

He said though modern society had its positive contributions to peaceful relationships among the people, traditional society still had a lot to contribute.

Okpalaeke who is from the same family as the new monarch prayed for a successful and long reign while urging him to preside over the affairs of his people with the fear of God.

‘If we want peace in our society, we must go back to the traditional way people related to one another; that is what the Church is doing by ensuring that families are stronger.

‘There is no way a kindred or village will say they do not know themselves. It is an effective way of addressing the insecurity in society.

‘Society is drifting because we have forgotten our roots. We must go back to our villagers and families and strengthen them. Traditional rulers must be father to all and take their communities and subjects to God in prayer,’ he said.

In his remarks, Igwe Okpalaeke thanked the people for finding him worthy to occupy the ancestral throne and promised to use his reign to attract more blessings and communal peace.

The traditional ruler promised to work for peace and harmony in Amesi and enjoined all to join hands to make the community great.

‘Security is that of everybody, I shall work for robust community policing here by ensuring that our vigilance group works with the police,’ he said.

The highpoint of the event was the presentation of cash and material gifts by the Emegoakor family of Uke, in Idemili North LGA of Anambra State.