The evening of Saturday, February 9, was definitely a sad one for Anambra people, especially those in Awka, the state capital. It was an evening the peace of the Amawbia Old Road area was shattered by the explosion of a petrol tanker at Amawbia Roundabout, roasting seven people to death and injuring others. The tanker driver was said to have attempted to negotiate the bend at the roundabout at top speed, causing the head of the trailer to disconnect from the body. The tank containing fuel then fell and started discharging fuel which soon triggered an explosion.

In the aftermath of the accident which also left many vehicles burnt, Anambra State Governor, Willie Obiano, announced that fuel tankers would no more be allowed to ply on every route as special routes would be designated for them.

The governor’s announcement is a welcome development as the activities of such fuel tankers have left much to be desired. For long, many have argued against such vehicles plying routes inside town because of the usual human and vehicular congestion in those places. Indeed, one could have imagined what the scenario would have been had the tanker in question exploded in the Eke Awka Market area in its peak period. The toll on human life would have been horrendous. This is therefore why the governor’s announcement on mapping out designated routes for such vehicles is welcoming.

However, it is clear that any ban on such vehicles plying inside town may not work, given that many petrol stations are also situated inside town. Does that mean that such stations will not be getting supplies? In fact, many petrol stations are located in residential areas and as long as they are in business, will continue to receive supplies from the tankers. This therefore brings obvious difficulties.

To solve this problem, we suggest that apart from mapping out designated routes for petrol tankers, those petrol stations located inside town should only be allowed to receive the commodity from 10pm when the roads will have been decongested. It will also be easier for the fire service to access their stations in event of any fire accident.

Apart from this, Government should also bar anyone from siting petrol stations within residential areas from now on. Such stations should be located at specially designated centres, well away from residential and public areas.

We believe that no precautionary measure taken can be too much as long as it prevents any serious mishap.

We commiserate with the families of those who lost their loved ones in the last fire incident and pray God for the repose of their souls. 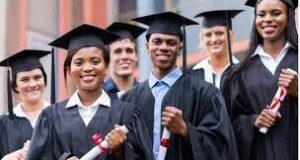 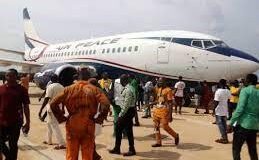 The Ugly Side of Onitsha Traffic Situation