No fewer than 300 women from Nkerehi Community, in Orumba South LGA of Anambra State last Wednesday protested against Dr. Godwin Maduka, accusing him of molestation, intimidation, harassment and wanton destruction of people’s property in Nkerehi.

In emotion laden voices, the women displaying placards of various inscriptions, besieged the Anambra State Government House, Awka, calling on the Governor Willie Obiano-led administration to come to their rescue and save them from what they described as incessant harassment, intimidation, and manhandling of the people of the community by the Las Vegas based medical doctor. 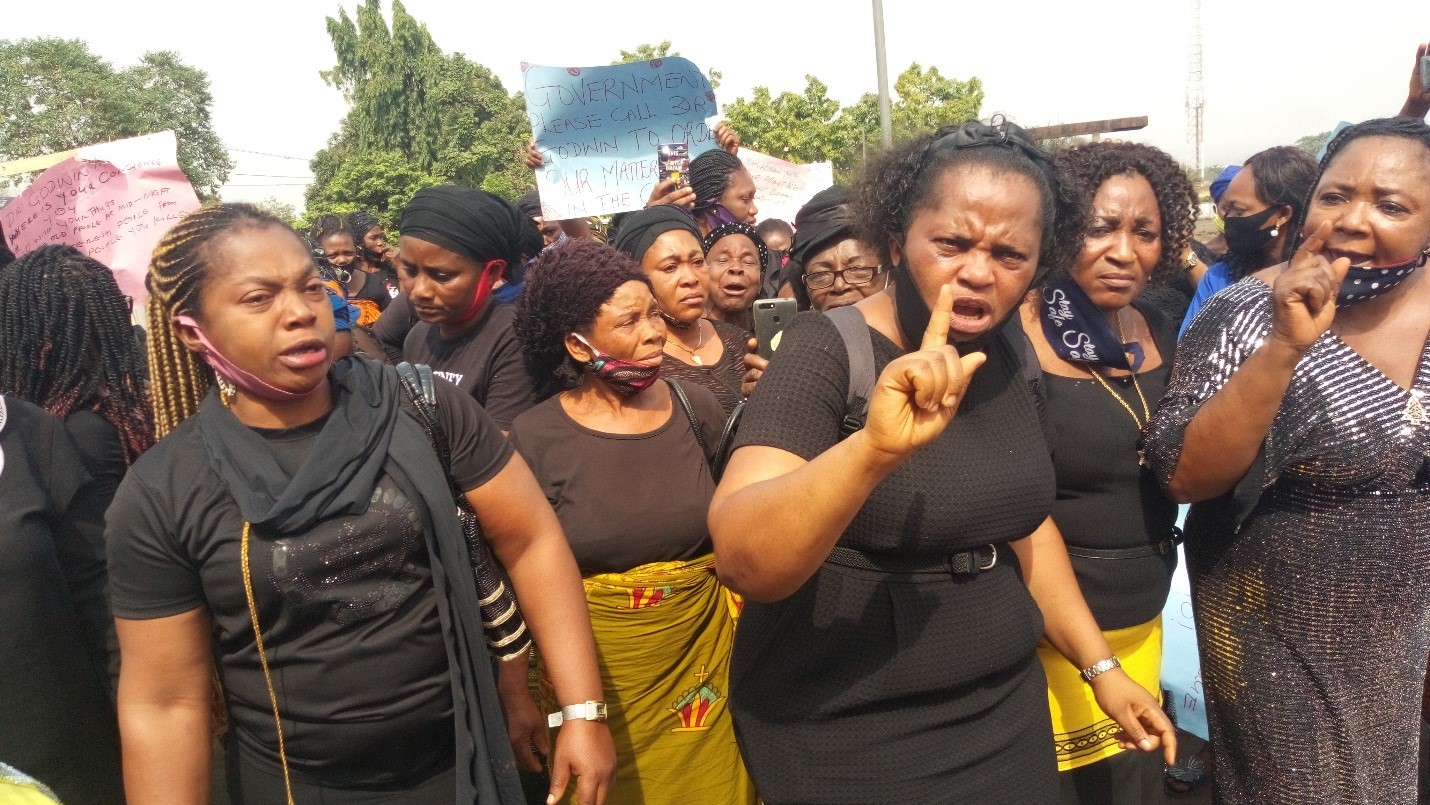 Speaking on behalf of the protesting women, Dr Mrs Maureen Igwike who hails from Uhu Village, Nkerehi, stated that Maduka came back to Nkerehi in the year 2007 and started changing all the signposts from Nkerehi to Umuchukwu, saying that the act irked the people of the community.

Mrs Igwike said the community vehemently opposed the move by Dr Maduka to change the town from Nkerehi to Umuchukwu, noting that Maduka, for his part, started using brute force to beat them to submission, alleging that the town had known no peace since then.

‘My husband, Barr. Basil Igwike and I were beaten to a pulp for opposing him. You can see bruises all over my face. Maduka sent his thugs to my house and beat me mercilessly. Many women here were equally molested, harassed, intimidated and beaten. We no longer sleep with our two eyes closed. We have been subjected to inhuman treatment by Dr. Godwin Maduka,’ Mrs Igwike concluded.

For her part, Mrs Joy Anulobi stated that on the 6th of January 2021, Dr Maduka’s thugs stormed their house and bundled her 14 years old son away to an unknown destination where she said her son was beaten to the point of losing his sight for a period of time.

‘It took God’s intervention and medication for my son’s sight to be restored. We spent so much money in the hospital. My husband and I were equally beaten like common criminals. All these happened simply because we refused to change our ancestral name.

‘We were manhandled because we wrote Nkerehi, instead of Umuchukwu, on the burial poster of my father-in-law.  We now live in fear in our community. Government should please hear our cry from help,’ Anulobi cried out.

Responding on behalf of the Anambra State Government, the Special Adviser to Governor Willie Obiano on Chieftaincy and Town Union Affairs, Hon. Barr. Mrs VeraQueen Okonkwo, appealed for calm, urging the protesters to go about their normal businesses without fear of harassment, intimidation or molestation, assuring them that Governor Obiano, as a lover of peace, would not allow any of them to be intimidated or manhandled.

When Fides contacted the spokesman of the Maduka camp, Dr Emezie Madu, he described the protesters as a borrowed crowd who had no shame.

Said he, ‘We have discovered that some never-do-well political hustlers are sponsoring these disgruntled elements from the defunct Nkerehi to tarnish the good reputation of Dr Godwin Maduka who’s been tipped to win the governorship election this year.’

‘It may in interest you to know that the issue of name change from Nkerehi to Umuchukwu has attracted constant litigations at various courts of competent jurisdiction and Umuchukwu won on numerous occasions.

‘The no longer existing name, Nkerehi, has never won any,’ Madu said, noting that it was unlawful for a defunct group to demonstrate in front of the government house without effecting arrest by the statutory authorities