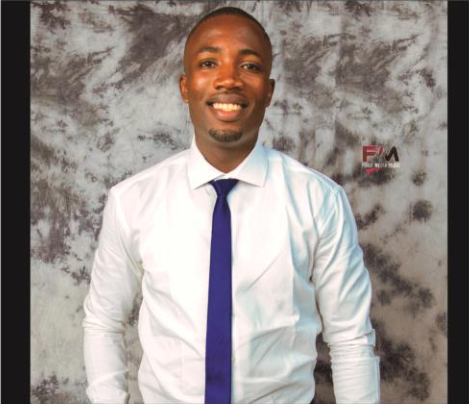 Mr Adejoh became a member of Fides Staff in January 2020 as a reporter. In May, 2020, Mercy Hill, Alexander Johnson Adejoh and Precious Ihunanya Ukeje started the Fides Trends in Anambra, FITIA Team, also known as the Red Ants because of their hard work. January 2021, Alexander started working in Fides Media Studio as a photographer, editor and designer. In September 2021, Alexander emerged the Production Manager of Fides Media, due to the leaving of the erstwhile Production Manager.

In an interview with Mr Adejoh, he expressed his gratitude to the Management and entire members of staff of Fides Media for bestowing this award on him. ‘I feel humbled because I did not see it coming, I feel grateful also for the trust the members of staff bestowed upon me. I feel really grateful and I am humbled by this,’ he said.

He also noted that his promotion as Production Manager of Fides Media was one of the reasons why people voted him as the best staff member.

‘I know this recognition came mostly after I became the Production Manager, because my impact in the News and Editorial Department where I used to be was probably seen less because it was regimented to a particular department, but right now, I am serving the entire company, so people see the impact more now,’ he explained