Priestly ordination anniversaries are always an occasion of thanksgiving and celebration, especially when it is a significant celebration as the golden jubilee. On 17th April 2020, Very Rev Fr JohnEdmund Ndubuisi Uchem, who is the first indigenous priest of Akpu community in Orumba south L.G.A of Anambra State, ascended to the golden age of fifty years in active service in the Lord’s vineyard. 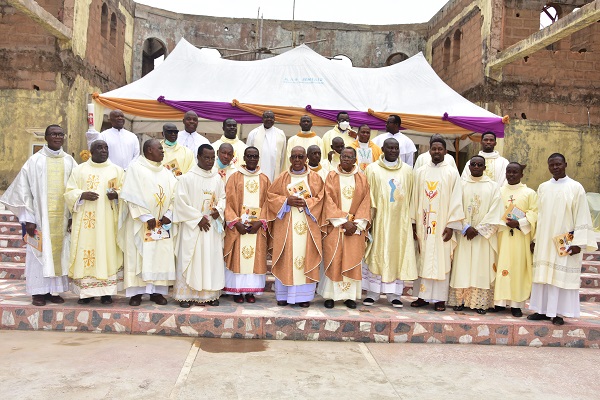 On Saturday 24th April 2021, a thanksgiving Mass which had priests and religious as well as dignitaries in and outside the academic field, was held at his home parish, St. Matthew’s Catholic Church, Akpu, in celebration of God’s grace upon him as a pioneer priest who had made remarkable imprints in the lives of the people.

The homilist, Rev Fr Paschal Paul Okeke, who centered his message on the anecdotes from Fr Uchem’s experience of ministry, noted that the life of a pioneer priest is by necessity very different from that of a priest who already had other priests before him.

As for him, Fr Uchem was a pacesetter in Akpu community and this made the spotlight to be on him. “The fifty years of his life as a priest have been spent mainly in teaching and preparing young men for ordination as diocesan priests”, he said. At the same time, he noted that the jubilarian had acted as a pastor of many parishes, sometimes full time, sometimes being there only at weekends.

“He had enjoyed that work, especially the effort to reach people who did not often go to church and helping those reduced to poverty through the work of evangelization often by forming personal relations with individuals and showing them the love of God”. 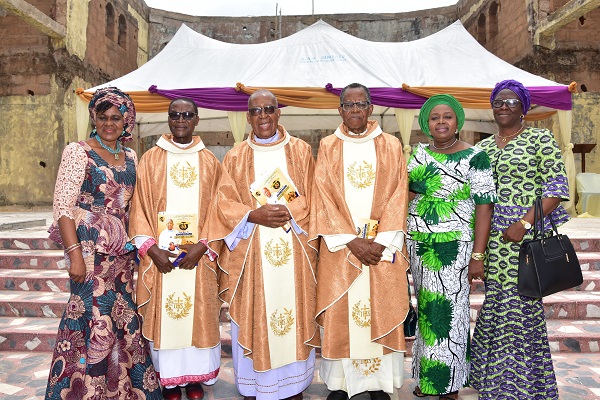 Fr Okeke explained that a Catholic priest celebrated in his lifetime, three remarkable Holy Masses: that of his ordination, his silver jubilee and then golden jubilee, which he said, was an incredibly unique one, because many people these days never got to that age.

He urged the congregation to always support priests as the mission to serve in God’s vineyard was not an easy task.

On behalf of the Bishop of Ekwulobia Diocese, Most Rev Peter Ebere Okpalaeke, the Vicar General of the Diocese, Rev Fr ABC Chiegboka, commended the Jubilarian for being steadfast in his vocation as a priest and for his vast contribution in the church and the academic field.

He went further to describe the Jubilarian as a firm foundation of Catholicism in the Akpu region as he urged the parishioners to work hard to complete the church building which was still under renovation.

In his vote of thanks, the parish priest of St. Matthew’s parish, Akpu, Rev Fr Damian Okeke, thanked the parishioners and all who had supported to make the event a success even as he commended the Jubilarian for keeping up the race these fifty years. 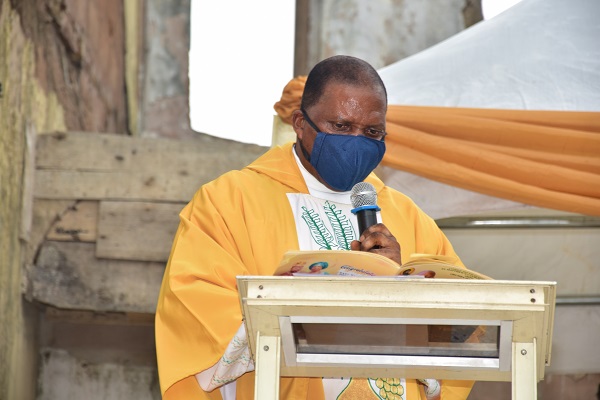 For their part, the parish pastoral council, represented by their secretary, Mr Emmanuel Obioji, extolled the jubilarian for being a pacesetter for other priests in the Catholic community of Akpu. They noted in their address that he was gifted a motorcycle at his ordination and then they handed him a cash gift to purchase a car on the occasion of his golden jubilee.

In his vote of thanks, the Jubilarian, Rev Fr JohnEdmund Uchem, thanked all who had come to celebrate with him as he prayed for more of him in the vineyard of God.

It would be recalled that Fr Uchem grew under the tutelage of Blessed Cyprian Iwene Tansi, who was the first parish priest of St. Matthew’s Catholic parish, Akpu. 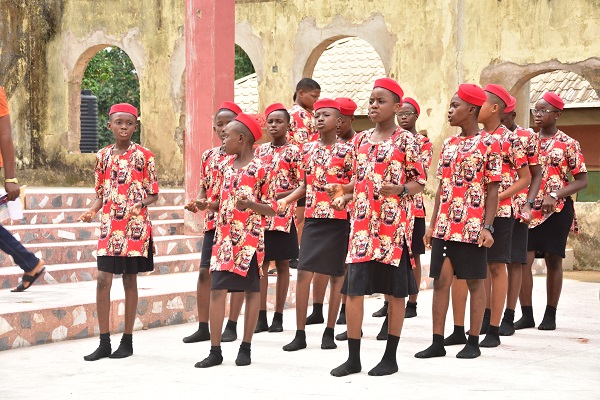 He attended the Bigard Seminary and then was ordained priest by the then Archbishop of Onitsha, Most Rev. Francis Arinze (now His Eminence, Francis Cardinal Arinze), on April 17,1971. Since then, Fr Uchem, had served in several parishes, seminaries and as a senior lecturer in the Federal Polytechnic, Oko.

Other highlights of the occasion featured traditional dancing troupes, presentation of gifts by friends, relations, and colleagues from the academic world among others.