For Mr Donatus and Mrs Veronica Akaelue, their joy knows no bounds as their golden wedding anniversary was capped with Papal blessings from the Supreme Catholic Pontiff.

The couple who hailed from Enuguwu-Ukwu in Njikoka Local Government Area of Anambra State, were presented with the Papal blessings from Pope Francis on Tuesday, December 28, 2021, during an anniversary Mass celebrated by the Bishop of Awka Diocese, His Lordship, Most Rev Dr Paulinus Ezeokafor, at their home parish, St Francis Catholic Parish.

Presenting the certificate from Pope Francis to the couple, Bishop Ezeokafor commended Donatus and Veronica for their steadfastness in marriage.

The bishop, who noted that marriage had always come with many challenges, praised the couple for their tenacity in the union, even as he noted that tolerance, forgiveness and love were the bedrock for a sustained union. The bishop also thanked God for the blessings the couple had received over the years.

Speaking shortly after receiving the blessings from His Holiness, Mr Akaelue, on behalf of the family, expressed joy and delight for his marriage over the past 50 years. He also thanked Bishop Ezeokafor, who, according to him, in spite of his busy schedule, officiated their anniversary Mass. 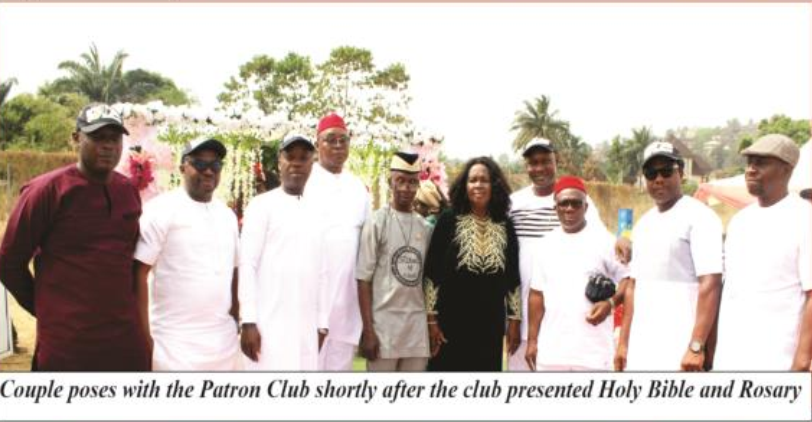 The jubilarian who attributed their success in marriage to God’s mercy and grace, also described the sacrificial love and effort of his wife, Veronica as a grease in the wheel that smoothened their path over the past 50 years.

His words, ‘If I could be given another chance to live again on earth after this marriage, I would tell God to make me the wife, while my wife becomes the husband. This is to enable me to serve and repay her for the sacrifices she puts in to this marriage.’

The couple also thanked the priests that were in attendance at the anniversary mass, among whom were the Chancellor of the diocese, Rev. Fr Francis Chidume, and the parish priest, Rev Fr Peter Uzoezie.

Fides gathered that Mr Akaelue, a retired teacher, is an ardent believer of Christ and a staunch member of the Catholic Church who had held many positions in the Church from his youthful age till date. He is currently the financial administrator of St Francis’ Catholic Parish, Enugwu-Ukwu.

His wife, also a retired teacher, is an active member of the confraternity of Christian Mothers and was at a time the vice chairperson of the Catholic Women’s Organization of St Francis. She had held positions, both at the zonal level and in pious societies.

The couple, who were described by many as a perfect match, got engaged in October 1971, even as their sacrament of marriage was officiated by Very Rev. Msgr. Prof John Paul Chukwuemeka Nzomiwu on Saturday, February 26, 1972. The union is blessed with sons and daughters, grand and great grandchildren.

In an exclusive interview with Fides, the duo appreciated God for the lives of their children whom they described as gifts from God. 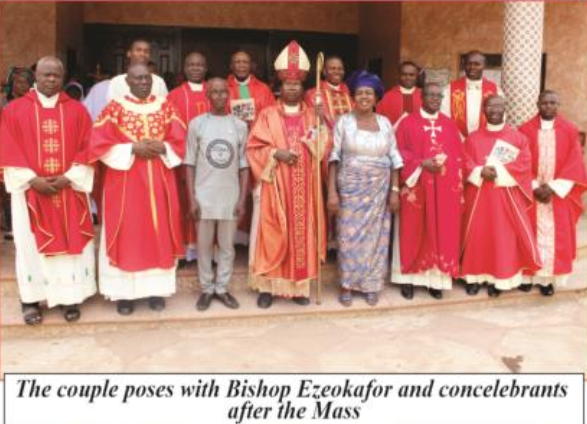 For them, their goal was to see their children do well in morals. This, the couple said, had been attained as their children had distinguished themselves in the community with their worthy character.

The couple who maintained that their marriage had its own pitfalls, attributed their success to God’s grace and mercy in their conjugal life.

Highlights of the event were a warm reception, cutting of anniversary cake and presentation of gifts by parishioners, dignitaries and well-wishers.