Airport Incident Was Beyond Us’ NFF Apologises to Falcons

The Nigerian Football Federation (NFF) has apologised to the players and officials of Super Falcons over the incident that left them stuck for hours at the Nnamdi Azikwe International Airport (NAIA).

The federation described the incident as “unfortunate,” adding that the delay happened due to circumstances that were “beyond us.”

Fides learnt that the Falcons were stuck for over three hours at the Abuja airport upon their return from the African Women’s Cup of Nations (AWCON) qualifier in Abidjan on Thursday.

Some team members were in tears while others registered their grievances. 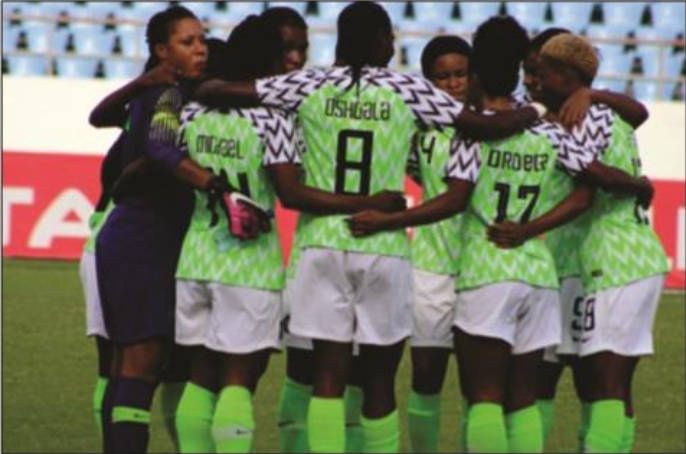 A source close to the team had earlie that the Super Falcons were delayed due to their “failure” to provide the officials of the Nigeria Centre for Disease Control (NCDC) with their inbound polymerase chain reaction (PCR) test for COVID.

In a statement released by NFF on its website, Mohammed Sanusi, the federation’s general secretary, confirmed that the delay had to do with COVID protocol.

He said that although the body had done the ‘needful before the team arrived,’ some people who landed at the airport at the same time with Falcons and refused to heed to the established protocol forced the NCDC to take such stringent measures.

‘It was an unfortunate incident because we had our protocol officers on the ground at the airport, and they did the needful before the team arrived. We are a responsible organization, and the various National Teams have been going out and returning to Nigeria since these covid19 protocols, procedures and guidelines started. We have never been caught napping,’ he said.

‘The issue had to do with covid19 protocols, and we had no control over how things would be approached by the officials in charge at the airport each time. In this particular case, we fulfilled our part of the requirements.

‘However, some other group of individuals arrived at the same time as the Super Falcons’ contingent and were bent on circumventing the process, and this compelled the health officials to adopt stern measures and even lock up some of their offices.

‘It was beyond us, but we have already apologized to our players and officials over this incident.’ He added.