Aina Urges NFF to go after Duo of Olise, Eze

Super Eagles full-back, Ola Aina has called on the leadership of the Nigeria Football Federation (NFF), to make a move for the Crystal Palace duo of Michael Olise and Eberechi Eze as they will be a massive boost to the team’s strength, AOIFootball.com reports. 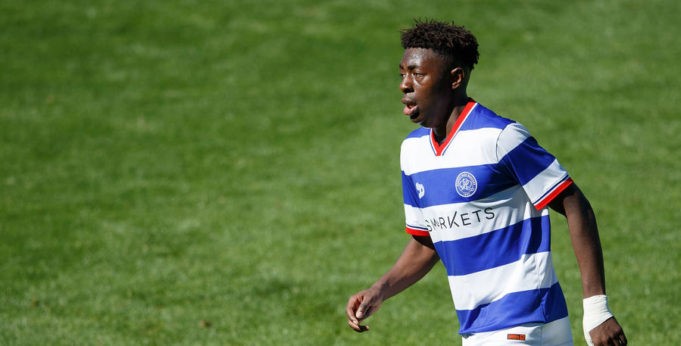 Eberechi Eze of QPR during the U23 Professional Development League match between QPR and Ipswich Town played at Loftus Road Stadium, London.

With the international future of both players still undecided, Aina who has also switched allegiance to Nigeria, urged the Nigerian team handlers to take the initiative and ensure both players represent Nigeria in the future.

‘Get them to Nigeria!’, Aina replied to a post on Instagram where both Olise and Eze posted a picture after training.

Born in Greenwich, England, 23-year-old Eze trained with the Super Eagles in October 2018 in London but failed to play for the team afterward but has been on the radar of the Eagles with NFF boss, Amaju Pinnick, stating in 2019 that he would want to play for Nigeria ahead of his country, England.

For Michael Oliseh, it’s however a three-way battle for the international allegiance of the winger who can play for Nigeria through his father, England by birth, and France via his mother having also represented the Le Blues U-19 on two occasions.

The 19-year-old was named on the standby list by Eagles manager Gernot Rohr in March for the AFCON qualifiers against the Benin Republic and Lesotho.