Trouble seems to be brewing at Ahocol Phase 2 Estate, GRA, Awka, over plans by the Anambra State Government to convert the only recreation centre at the place to a private home. The residents of the area under the aegis of Residents Association, Ahocol Housing Estate, Phase 2, Awka, are however resisting any such move, insisting that government must comply with the original plan for the estate which provided for a recreational centre.

Ahocol Phase 2 Estate is one of the estates established by Anambra State in about 1992 in the aftermath of the state creation. It was built and managed by the defunct Anambra Housing Corporation Limited (Ahocol) whose assets and liabilities, Fides learnt, have since been inherited by the Anambra State Housing Development Corporation (ASHDC). 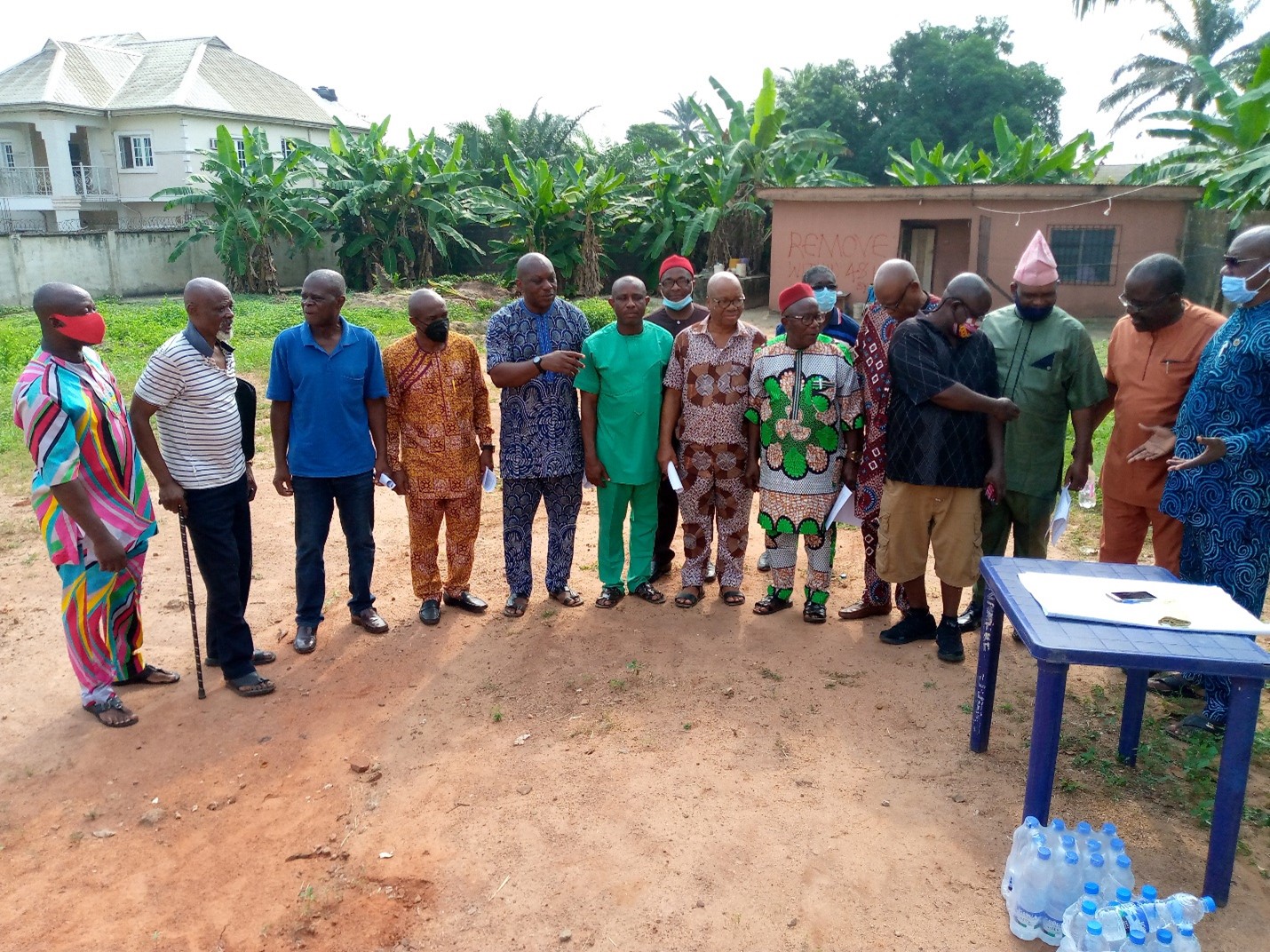 Some of the residents at Ahocol Phase 2 Housing Estate, GRA, Awka, at the disputed recreation centre at the estate, Wed, Jan 6, 2021

In a press statement signed by the chairman and secretary of the association, Prof Stanley Udedi and Engr Annie Ezeokafor, Udedi recalled how they had, in a bid to build an excellent neighbourhood and provide effective security of life and property, quickly set up the Residents’ Association of Think Home Estate, Ahocol Phase 2, Awka.

He said the association, after requesting and getting an open space for recreation, relaxation and events from Ahocol, began sand filling the space which was then waterlogged.

They eventually built a bungalow there with a security man staying there, while the space served as a field for the youths to play football and other sports and as a meeting venue and relaxation spot for the elderly population.

He said the residents provided all the money for the projects through donations and levies from members which ran into millions of Naira over the years.

‘It is noteworthy that the estate residents have been happily living together and maintaining wonderful social and physical environments to the admiration of her neighbours,’ Udedi said.

He lamented that on the 29th of October, 2020, they got a letter from the Anambra State Housing Development Corporation, dated 27th October, 2020, and titled, ”Status of the Corporation’s Open Spaces, Ahocol Housing Estate, Phase 2, Awka”, signed by A. I. Nwofor, which told them about the sale of the recreation centre that the estate had already developed into ”a functional masterpiece”.

He said the ASHDC claimed that the space had been lying fallow and undeveloped, despite the residents developing it and building a bungalow.

‘The truth is that the recreation centre is fully functional and a centre for all the social events in the estate,’ Udedi said, describing the letter from ASHDC as one that had generated bad blood, bitterness and rancor in the estate.

‘The youths are agitated, fully mobilized and ready for a reprisal attack but we have restrained them not to take law into their hands,’ he said.

Udedi however expressed surprise that the person to whom the land was sold by ASHDC, with ASHDC’s support, stormed the space and arrested the chairman and secretary of the estate over the recreation centre issue after pulling down their signpost and would have done more damage but for the intervention of the estate security.

Noting that the matter was reported to the Area Police Command, Udedi feared that anarchy and chaos loomed at the estate.

Describing the matter as a clear case of land grabbing, he said they had appealed to the Anambra State governor, the speaker and the secretary to the state government, for their intervention in order to restrain and stop the Anambra State Housing Development Corporation, the buyer and any other person or persons acting on their behalf, from further trespass in the said recreation centre in the interest of peace.

‘If the government takes this place for any purpose that is not recreational, we will go to court because it won’t be in the overall public interest,’ Udedi said, even as the association insisted that the space must not go to an individual.

When contacted on the phone, Mr A.I. Nwofor, director of estate services, once he ascertained the identity of the caller and why he was calling, suddenly became hostile and berated the reporter for calling on the phone. He said he was a public servant and therefore would not talk to the press.