Super Eagles Captain Ahmed Musa, made his dream start to life in Turkish Super Lig as he netted on his debut for Fatih Karagumruk on Saturday.

The 28-year-old was the hero as he netted the winner in Stoppage time to hand his club all the three points against Gaziantep. Ahmed Musa who joined the Club last month from Kano Pillars was handed a starting role by coach Francesco Farioli and he did justify the decision.

Though Ahmed Musa did not score during his second stint with the Nigeria Professional Football League side Kano Pillars, the Super Eagles captain has started brightly in Turkey. 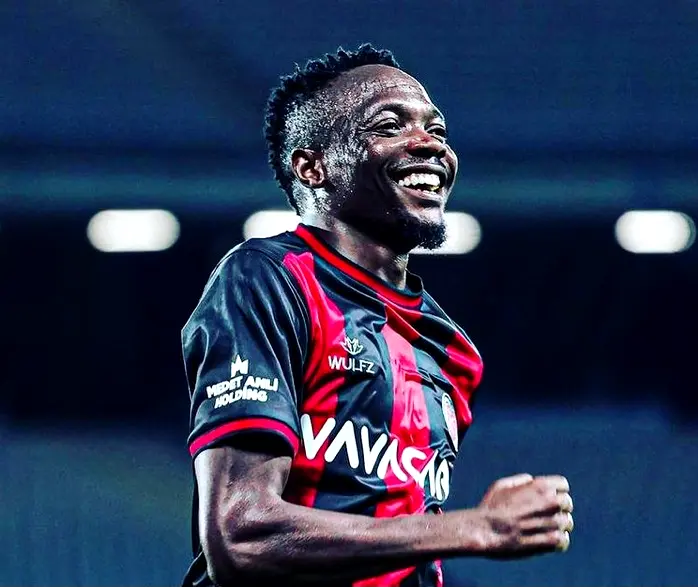 The Super Eagles captain, Ahmed Musa, emerged as an instant hero in his first game.

Ahmed Musa scored what turned to be the winning goal for his Istanbul Club in the 90th minute and he is understandably happy with the good start.

‘A good start, we keep going mates,’ the Nigerian fleet-footed forward wrote on his Instagram page after the 3-2 win over Gaziantep.

Musa’s magic moment for his debut goal came in the 90th minute when he ghosted past two defenders before applying a simple finish to give his side a 3-1 lead.

Though Gaziantep pulled another goal back, it was not enough to deny Musa and his teammates a memorable outing as the game finished 3-2.

Having done previously well in the leagues in Holland, Russia, England and Saudi Arabia, Ahmed Musa would be keen to prove his worth yet again, this time in Turkey.

The Super Eagles captain reportedly rejected offers from some bigger Turkish clubs to sign for promoted Faith Karagumruk and it is proving to be a great switch as well as a smart decision.