Motorists and commuters plying the Old INEC Road, have expressed concern over the deplorable state of the road report Alexander Johnson Adejoh and AdejumokeAlebiosu.

The road,said to be constructed 8 years ago, went bad due to alleged shoddiness of job done by the contractor and careless management by road users and Anambra Road and Traffic Management Agency, ARTMA.

The by-pass which links the Awka road to Isuaniochain Awka North LGA is less than 800 metres.

About 50 metres of the road from the Goodwill Junction,spanning beyond the popular Regina Junction and Tempsite,is riddled with deep potholes causing heavy traffic gridlock.

This is even as residents and motorists lamented to Fides in pain over the deplorable state of roads within the Okpuno axis, as thoroughfares within the community have become dilapidated.

Awka, a community of Anambra, has one of the highest numbers of ravaged roads under the AwkaSouth Local Government Area. 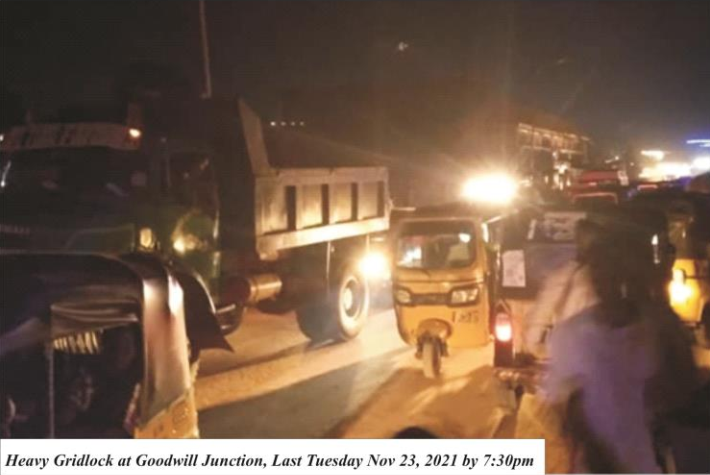 As motorists drive daily through some of the major roads in the community, including Aroma Street, Nodu Street, ZikAvenue, andIfite Road, they contend with potholes and craters that dot the supposedly affluent neighbourhood, where one of the depots of the State Secretariat and Government House is situated.

The traffic snarl experienced daily on these axes snakes across the nooks and crannies without regard to state or communal roads. Vehicles crawl endlessly, especially at peak hours in the morning and evenings.

Motorists lament that the state of the road had caused huge wear and tear on their vehicles, particularly the big potholes and craters on Goodwill Junction and Tempsite route.

Despite traffic challenges caused by bad roads, commercial drivers still maintain their fares as tricycle operators inflate theirs when it rains or at peak periods in the morning from the normal #50 to #100 for any drop.

The poor state of the link roads to Isuaniocha, Mgbakwu, is putting serious pressure on Goodwill Junction roads that connect motorists to Aroma, Regina, Unizik-Tempsite, and other communities along the Okpuno axis.

According to the motorists, a journey that should not last more than five minutes from the Regina Junction through Nodu Market and UnizikTempsite to Goodwill Junction or Isu, now takes 30 minutes or more due to heavy traffic.

A shop owner atY-Junction, Mrs. Chidinma Ezeoha, who spoke to Fides said, ‘The roads are long overdue for rehabilitation. The APGA government in power promised us infrastructural development.I just hope that the Governor-elect, Prof Chukwuma Suludo, can salvage this big situation, but will he?’

Another resident of the community, Tochi, who lives along the Juhel Pharmacy Road, said that more commitment was required from council administration towards developing Awka.

He said, ‘As far back as the 2000s, Awka has been known to have bad roads. It got worse during the tenure of the last two chairmen of the council. It has resulted in heavy traffic. When it rains, the roads become terrible, with even SUVs struggling to find a way out, let alone saloon cars.’

Another resident who identified himself as Frank, said, ‘Please we beg the new Governor of Anambra State to help us in Okpuno with our roads. These roads need to be tarred. The state of the roads in Awkaisgenerally very terrible. Please do not neglect us. We use God to beg you all,’ he said.