Aftermath of Accident: Citizens Comment on non-Use of Awka Flyovers by Articulated Vehicles

Road users, as well as motorists in Awka, Anambra State, have raised concerns about the propriety or otherwise of articulated vehicles to access the three flyovers constructed by the Willie Obiano Administration in the heart of the State. They said allowing such vehicles to ply the flyovers would ensure a free flow of traffic in the state capital and also serve as an alternative to what they termed unnecessary gridlock, reports Alexander Johnson Adejoh.

The fresh concerns about the proper use of the flyovers came in the wake of a fatal crash at Kwata Bridge, June 4, which claimed the lives of an undetermined number of people. It involved a trailer which brakes failed, causing it to ram into a number of vehicles and pedestrians.

But in the aftermath of the crash, many have attributed the regular crashes there to the barring of articulated vehicles from plying the bridge. 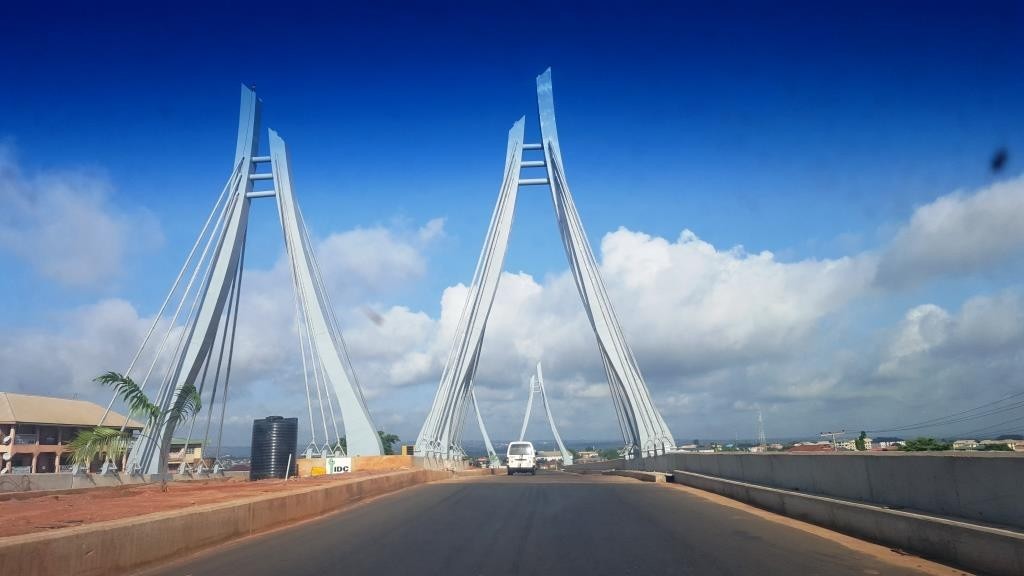 he road users, who said they hoped for years that the state government would have solved what they tagged a flaw in the state’s transportation system, decried the time wasted in traffic jams, especially during rush hours.

They also said the population of Awka was fast growing and as such it was mostly inconvenient for motorists to ply the roads beside the flyovers, owing to the major delays caused by roadside hawkers and the breakdown of heavy duty vehicles.

Speaking to Fides at Amawbia Bridge, Uche Chukwu, a motorist, said it was unnecessary for any person in Anambra State or in Nigeria to even think that articulated vehicles would be allowed to ply those flyovers in Awka.

‘A lot of People still have grudges against the cost of construction of the flyovers but they shouldn’t forget that here is Nigeria where anything goes. The money could have either been siphoned into private pockets or channeled into other white elephant projects and the sky wouldn’t have fallen. The flyover cannot stand the strength of heavy-duty vans,’ Chukwu said.

Also, Mrs Cynthia Mbanefo said, ‘The pain we go through after work every day is unbearable because I waited for more than 30 minutes at Aroma Junction and here I am stuck again in traffic at Kwata, so you can imagine waiting here for more than an hour on a daily basis, which is not good.’

Daniel, a shuttle driver, agreed that trucks should be allowed access through the flyovers, which, he said, would reduce traffic and make life less difficult for road users, adding that evening rush hours were the worst periods.

Allowing articulated vehicles to ply the bridges is not really a bad option except for the fact that everyone is scared of the standard of the flyover, Daniel told Fides.

However Fides recalls that months ago, there were complaints that one of the bridges, precisely the one at Aroma Junction, was on the brink of collapse. In replying to the rumours, the State Governor, Chief Willie Obiano, said there were no fears at all that the flyover bridges he built were collapsing. Obiano, who inspected the bridges, referred to them as iconic, insisting that the state government engaged the very best in the world of construction in building the flyovers, and that feasibility studies were carried out on the kind of bridges it was building before embarking on them. He said the three bridges were built to last a long time.

Represented by the Commissioner for Works in Anambra State, Engr. Marcel Ifejiofor, Obiano said Aroma Flyover was strong and safe, contrary to insinuations on the social media questioning the safety of the bridge. Ifejiofor stated that the alleged crack being circulated by those he called scaremongers had nothing to do with the bridge, insisting that the standard of the bridge was not compromised in any way.

He explained that the minor gap was on the side embankment on the Enugu approach which was added following an accident involving a big lorry on the Kwata Bridge.

Ifejiofor, who took journalists on an inspection tour of the bridge, said the Aroma flyover was built to global standards.

‘The expansion which they talked about is an intrinsic part of bridge construction and does not indicate a crack. The three flyover bridges at Aroma, Kwata and Amawbia, were awarded in 2014 and 2015 and are safe, not to mention the 15 other bridges built across the state by the Obiano Administration. I assure Ndi Anambra of the commitment of Governor Obiano to the safety of lives at all times. The barricade on the bridges are normal safety measures against big lorries rolling back from the bridge,’

Also, Infrastructure Development Company, IDC, the company which constructed the flyover bridges, speaking through the construction Manager, Engr Yousssef Zghaib, said the embankment which had cracks and which was being shown on the social media had no correlation with the standard of the bridge. He said the bridge was a separate unit, away from the embankment, and that accidents atop the flyover, in which a car hit the wall, could affect it but that it would have nothing to do with the flyover.

He assured that there was no cause for alarm, saying that Aroma Bridge is safe.

Meanwhile, Fides observed that during the last accident at Kwata, June 4, 2021, articulated vehicles were allowed to ply the flyovers so as to permit easy flow of traffic, prompting people to wonder why they were not allowed to ply there in the first place.

Efforts to have the Commissioners for Works and Transportation, as well as his Information counterpart, proved futile as at press time.