Affray and Defences to Affray?

Affray is a violent offence very similar to assault.  The courts consider affray to be a more serious offence though.   Where assault may be committed towards an individual, affray involves other people fearing for their safety as a result of the act of violence.   To be charged with the offence of affray, the accused would have to use or threaten violence towards a person or people in such a way that another person or people who were present and/or witness to the violence feared for their personal safety as a result.

When clients ask our criminal lawyers about Affray, they generally have riots and/or public disorder in mind.  While the very definition of affray means that the most common charges do involve incidents involving things like brawls and assaults in public spaces, affray will not always involve large groups of people brawling in the street.    Affrays can be committed by one person using unlawful violence towards another and can also include acts committed in the privacy of their own home. 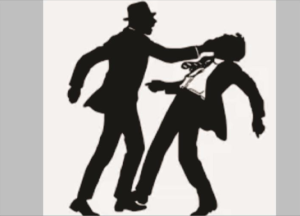 Affray is a serious offence considered to be an offence against the public order to protect the peace.  The charge carries a maximum prison term of 10 years.

If you intend to plead guilty, our criminal lawyers have a proven track record of keeping our clients out of gaol as well as having no conviction recorded for affray.

You’ll be found not guilty of affray if the police are unable to prove beyond reasonable doubt that you:

Used or threatened unlawful violence towards another.

Your conduct was such as would cause a person of reasonable firmness present at the scene to fear for his or her personal safety.

Often charges of affray are laid where a less serious charge of common assault, actual bodily harm, violent disorder, or intimidation should be charged instead.   A common example is where two people fighting in the street might be charged with affray.  However, no violence was directed or threatened towards the public, the conduct does not amount to such that a person of reasonable firmness at the scene would be fearful.

Not all acts of violence can be affray. 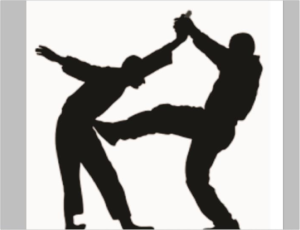 In determining whether an act of affray has taken place, each of the following conditions should be considered:

The use of or threat to use unlawful violence

Whether a person of “reasonable firmness” would fear for their safety.

This refers to whether a person with normal or average courage would likely fear for their safety because of the act or threat of violence.

There is no legal definition for the term “A person of reasonable firmness” in the legislation.  However, it is generally agreed that this refers to a hypothetical average or ordinary person. This would be a person who is neither particularly tough or fearless nor someone who is particularly timid or easily scared.

The degree of violence is an important element in the offence of affray.  The more aggressive the threats or severity of violence, the more likely an innocent bystander would become fearful for their own safety.

If the threat was not accompanied by an action.

Threats cannot be made with words alone for an act of affray to have taken place.

While affray can include threats of violence, action must be taken that, together with these verbal threats, causes fear.  Threats using words alone would normally fall under another, less severe offence.

If there was more than one person involved, the behaviour of all of them taken together

Where these conditions cannot be proved beyond a reasonable doubt, you cannot be found guilty of the offence of affray and it might be possible to have charges reduced to a less serious offence or even dropped altogether.

Ways that our criminal lawyers beat charges of Affray for our clients include the following defences.

Raising self-defence when violence was used to protect yourself, your property, or another person

Identification where the person who committed the offence was someone, but not you

That you didn’t use or threaten to use violence

That someone of reasonable firmness would not have feared for their personal safety because of your conduct.

You might choose to plead guilty if you committed the offence and the police can prove so.   This can result in a more lenient sentence as it shows remorse.  However, you will need good legal representation in court.