The Nigerian Football Federation has agreed to pay the Super Eagles the sum of $5,000 for every win during the group stages of the Africa Cup of Nations, which kicked off last Sunday, Fides reports.

The Eagles aiming for their fourth AFCON title in their 19th appearance in the tournament have been drawn in Group D alongside Egypt, Sudan and debutants Guinea Bissau with the Stade Roumde Adjia in Garoua the venue for all their matches.

Fides gathered that the bonus will be reviewed upwards if the team advances to the knockout rounds of the tournament. 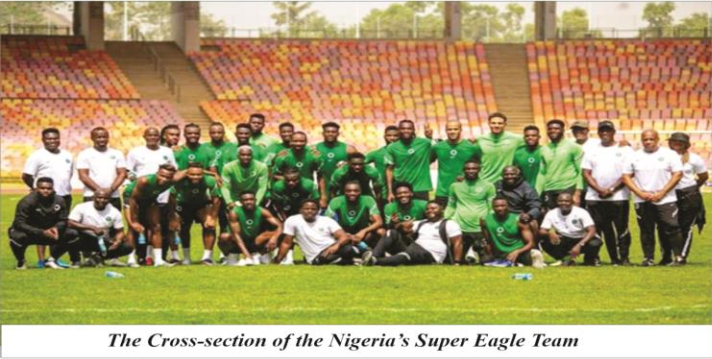 Meanwhile, the Confederation of African Football and the Local Organizing Committee last Saturday formally received three-time champions Nigeria to the 33rd edition of the tournament.

Nigeria’s Leader of Delegation, Ibrahim Gusau expressed the contingent’s satisfaction with the reception accorded it at the airport on arrival, while commending the CAFC for the hospitality so far.

He assured that the Nigeria team will display a high level of discipline during the championship.

Kunamuene expressed delight that the Eagles are happy with their accommodation and other logistics provided.