Fondly known as Shiner, the late Ezinne Okwesili, who died on January 26, 2021, at the age of 83, was the mother of an Awka Diocesan Priest and an officer of the Nigerian Army, Rev Fr Major Valentine Ugochukwu Okwesili, and six other children. 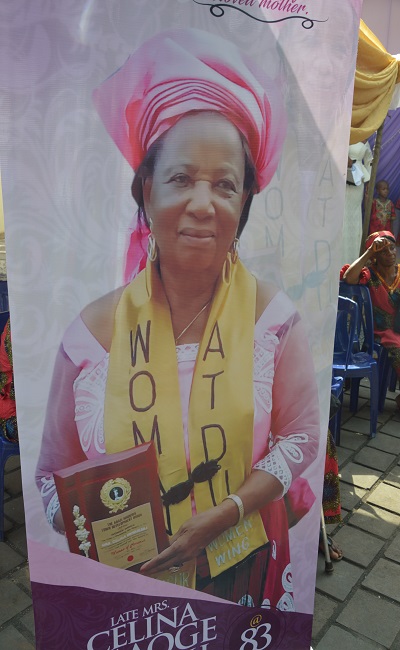 At the burial and funeral ceremony that followed, the bereaved children, officers of the Nigerian Army and many others who have encountered the deceased in her lifetime, took turns and paid tributes to the deceased. She was eulogized as a caring mother of peace whose virtues of generosity and hospitality were second to none.

In her funeral oration, the deceased’s only daughter, Mrs Ugonwa Leticia Obiefuna (Nee Okwesili), eulogised Ezinne Celina Okwesili as a mother with a large heart whose generosity was well known and was experienced by all, as well as a mother to many who came in contact with her. Mrs Obiefuna thanked God for what she described as a fulfilled Christian life lived by the deceased and prayed God to grant her soul eternal rest.

Fides gathered that the late Ezinne Okwesili was a seamstress, a teacher, a retired educationist, a business woman, a philanthropist, a social worker, a devout Christian and an outstanding church and community leader. She taught in many schools across Nigeria and retired at Orjiakor Memorial Primary School, Adazi-Nnukwu.

Earlier when he led in the concelebrated burial Mass at St Andrew’s Catholic Church, Adazi-Nnukwu, the Auxiliary bishop of Awka Diocese, Most Rev Jonas Benson Okoye, in his homily, described the deceased as a mother and a leader who lived a life of prayer and Christian witnessing and gave proper formation to her seven children.

The bishop, who based his reflections on the readings of the burial Mass, flayed those whom he accused of abandoning their Christian faith and chose to seek power, protection and world vanities elsewhere. He insisted that nothing should separate the faithful from the love of God.

Addressing the children, the Adazi-Nnukwu-born Catholic bishop said, ‘Whatever you do, ensure you carry your faith just as your mother did. Don’t forget the God of your mother. Whenever you are at a crossroads, call on him and he will save you.’ 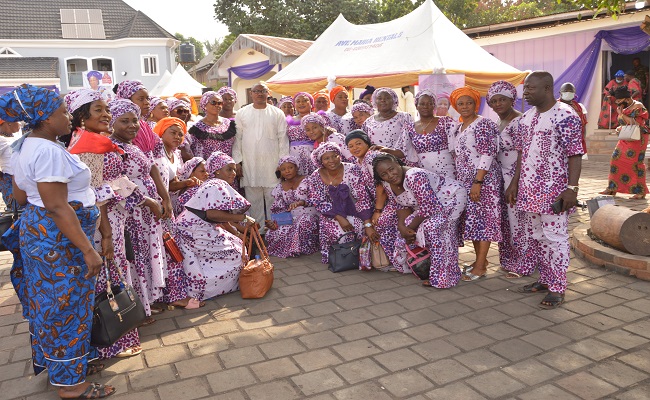 In his remarks. The deceased’s priest son, Rev Fr Major Valentine Okwesili, on behalf of the family, thanked his brother priests for their solidarity and presence at the vigil and burial masses.

Rev Fr Major Okwesili, who is currently serving at St Joseph’s Catholic Military Chaplaincy, Presidential Guards Brigade, Mambilla Barracks, Abuja, commended all who joined in the masses for the repose of the soul of their late mother and comforted the family for their goodwill.

The late Ezinne Okwesili was a devout member of Confraternity of Christian Mothers and Apostleship League of Sacred Heart. She was survived by her seven children, five daughters-in-law, one son-in-law, twenty-five grandchildren, one great grandchild and four siblings.