The event, held at St Dominic’s Catholic Church, Adazi-Enu, Anaocha LGA, Anambra State, doubled with a reception in honour of two indigenous reverend sisters of the town, Sr Mary Josephine Ojukwu, DDL; and Sr Joycelyn Marriette Ezeugo, DMMM, who this year celebrated the 25 Years Anniversary of their religious profession into the Daughters of Divine Love (DDL) Congregation and the Daughters of Mary Mother of Mercy (DMMM) Congregation, respectively.

Fides gathered that the two new priests were ordained on July 10, 2021. Rev Fr Adisionu was ordained for the Cordis Mariae Filli (CMF) Congregation, i.e. Sons of the Immaculate Heart of the Blessed Virgin Mary Congregation at St Anthony Mary Claretina Parish, Owerri. While Rev Fr Ezedigwe was ordained for the Catholic Diocese of Abakaliki, at St Theresa’s Cathedral, Abakaliki.

A former Vice President, Nigerian Conference of Women Religious, Abakaliki Area, 2017-2019, Sr Josephine Ojukwu, DDL, made her First Religious Profession of vows into the Daughters of Divine Love Congregation on September 21, 1996, and made her final vows on August 30, 2003.

Sr Dr Jocelyn Ezeudo, a consultant obstetrician and gynecologist based in Abuja, made her First Religious Profession of vows into the Daughters of Mary Mother of Mercy Congregation on September 24, 1996, and made her final vows on May 24, 2003. 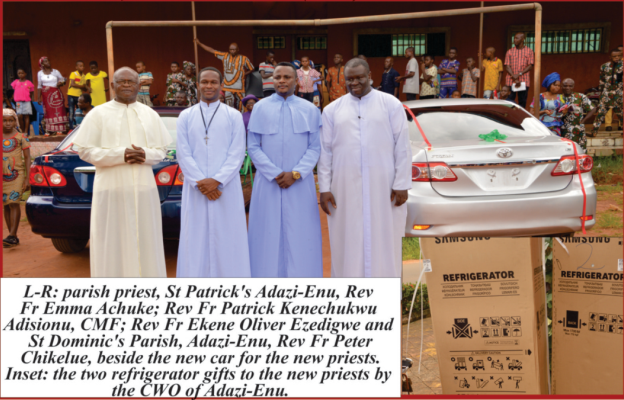 In his homily, the parish priest of St Patrick’s Parish, Adazi-Enu, Rev Fr Emma Achuke, described a priest as a mediator between God and man and another Christ whose duty was to lead the people to God and administer the sacraments on the people of God. 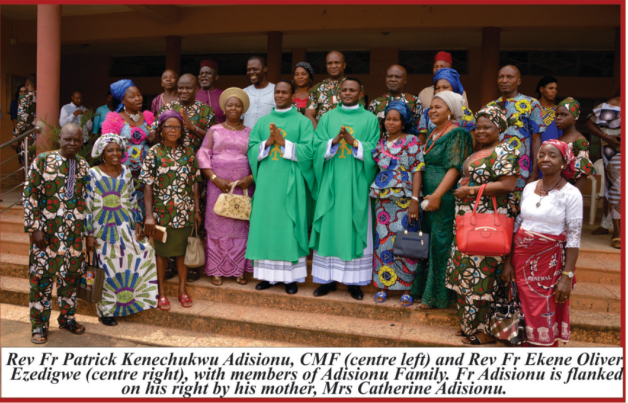 The homilist congratulated the silver Jubilarians for what he described as the twenty-five years of suffering, sacrifice and resilience, which they celebrated.

The community appreciated the family of Adisionu for the donation of a new car for one of the two new priests and thanked the entire members of the community for their support, which, they said, made the event a success.