The visit was made in line with a series of others to appreciate people who were resourceful towards the planning of Ada Igbo Zuruoke Pageantry.

Ichie Igwemezie Eloka Mathew supported the team during the preparation and organization of the event which held earlier in January at Lively Hills Hotels, Okija, in Anambra State. 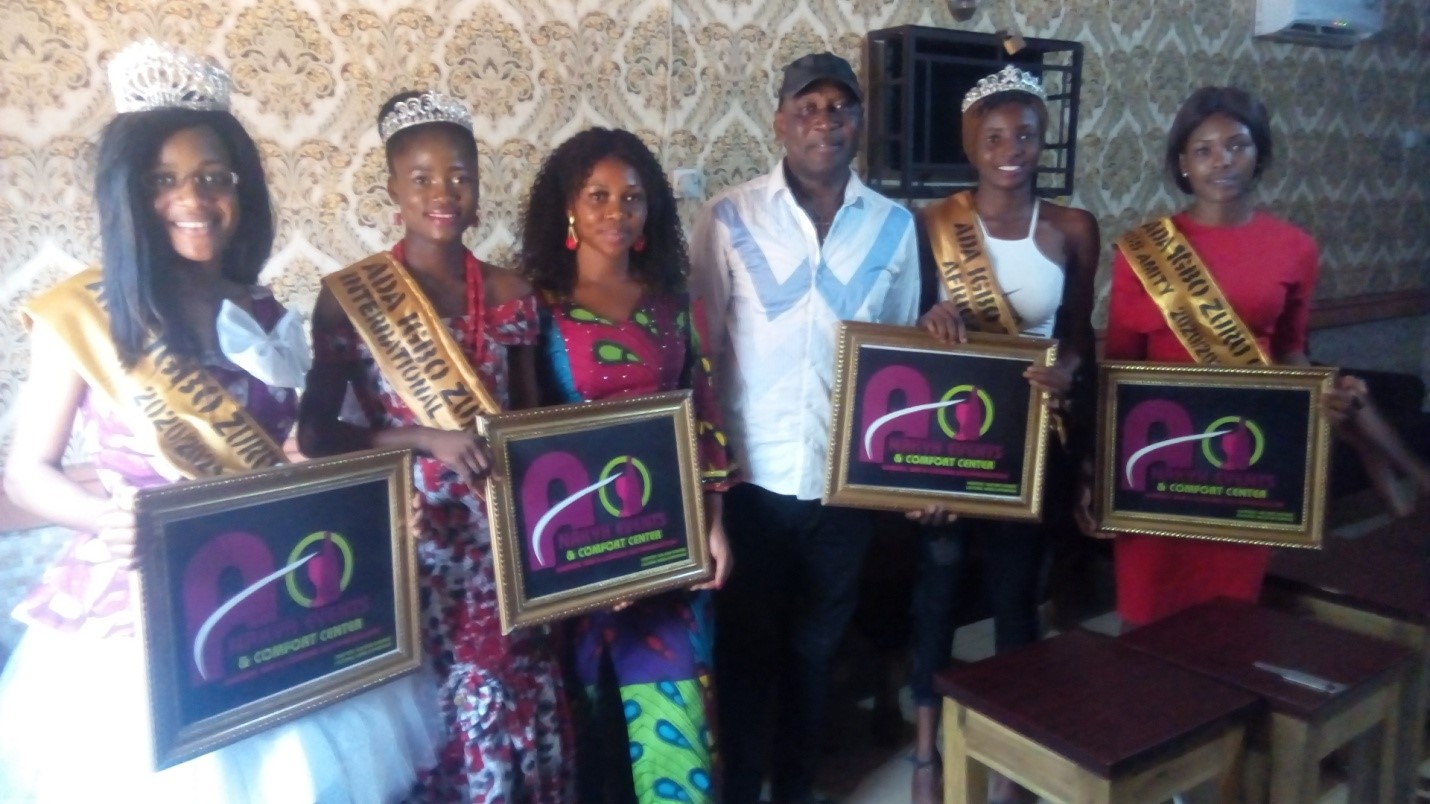 Ichie Matthew Ngwuemezie, 3rd from right, poses with the visiting team of Adaigbo Zuruoke queens in his office, Sat, Jan 30, 2021, in Nsugbe.

Speaking shortly before the presentation of some gifts to Ngwuemezie, Miss Ezeneche described him as one who threw his weight at worthy causes and appreciated him for his immense support during the organization of the event.

She recalled that things became tough for her and her team which made them feel it would be difficult hosting the event, adding, however, that his intervention was timely as it helped to them to successfully host the event which led to the emergence of a winner and some runners up.

Responding, the Manager of Anakyh International Limited welcomed the crew and lauded them on their efforts towards the preservation of Igbo culture and tradition through several means, describing it as special.

Ichie Mathew reiterated his interest in supporting good initiatives and described Miss Ezeneche as one who exuded patience and consistency in all of her endeavours, noting that those qualities endeared him to give as much support as he could towards the event.

He recalled that the planning of the event was within a short period, and yet succeeded greatly, while he lauded the versatility of the winner and runners up.

He beseeched God to continue helping them as they went about projecting the Igbo culture, which, he regretted, was speedily eroding, following the prevalence of foreign cultures.

Meanwhile, the pageantry winners also joined Miss Ezeneche as judges for the audition of models who were contesting for the Face of Anakyh.