Accolades As Attah Moves To Abuja

Speaking at the ceremony which took place at the headquarters of the NYSC South West Area Office in Osogbo, Mr. Attah thanked all staff for the dedication, loyalty, hard work and support he enjoyed from them during his tenure in office and solicited that the same support should be extended to the incoming Director.

He used the opportunity to also thank all the State Coordinators in the region for been up and doing during his term of office in the area, this he added enabled him to achieve the successes he had recorded. Mr. Attah also expressed profound gratitude to the Osun state Government and stakeholders of the NYSC in the area for their cooperation. 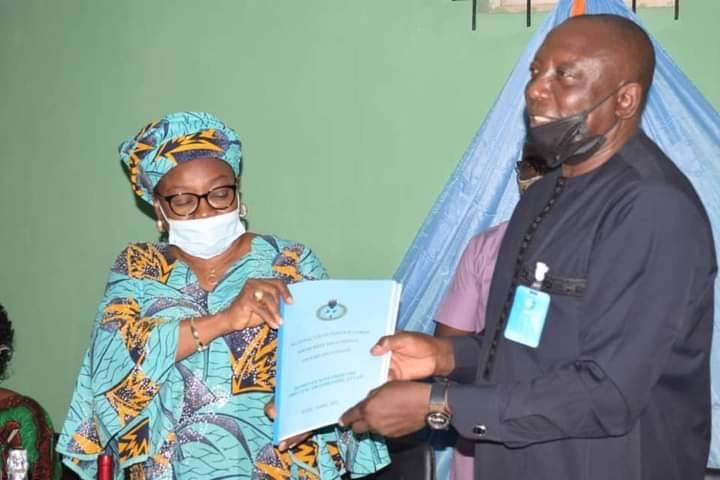 The Director also had glowing praise for pioneer staff with whom he started the South West Area Office in 2019 when it was created.

The event which had a virtual audience consisting of some top Management Staff of NYSC Headquarters, also had NYSC Labour Leaders, Osun State Government officials and Coordinators of NYSC State Secretariats in the South West Area joining via zoom.

The Occasion which doubled as a handing and taking over ceremony saw Mrs. Olufunmilayo Akin-Moses, Incoming Director, South West Area Office assuming the mantle of office from her predecessor, Mr. Attah , who is now the Director General Services at NYSC National Directorate Headquarters Abuja.

Mrs. Akin-Moses in her inaugural address solicited for support of staff of the South West Area Office and pledged to give her best while in office. Physically present at the event was the State Coordinator of NYSC Osun, Mr. Ayodele Adegoke and his Management team.