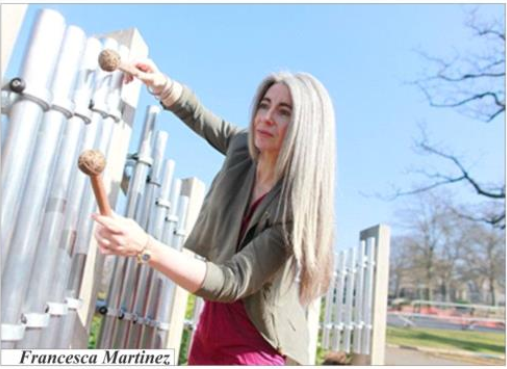 Francesca Martinez Performing stand-up in your own show at the Edinburgh Festival would be daunting enough for anyone, but even more so if you’ve got cerebral palsy.

Francesca Martinez is unphased, however, and as well as writing and performing comedy shows, she has acted on stage and TV and held her own amidst the cut-and-thrust of radio comedy news quizzes and panel shows.

Referring to herself as “wobbly”, Francesca is also a fearless campaigner against cuts to disability payments and austerity.

Ade Adepitan MBE After contracting polio in Nigeria, Ade’s family moved to East London, England where he grew up and became an accomplished wheelchair basketball player. He won a bronze medal in the Great Britain wheelchair team at the 2004 Athens Paralympics.

Awarded an MBE for services to disability in sport, he is also a well-known TV presenter frequently hosting The Travel Show for the BBC and Unreported World for Channel 4. He also co-presented the 2016 Paralympics in Rio and has recently fronted his own BBC2 series, Africa with Ade Adepitan.

Stevie Wonder Songwriter, singer, piano-player and record producer, Stevie Wonder’s career has spanned almost five decades and he’s sold more than a million records worldwide, topping the charts with hits such as “Superstition”, “Isn’t she lovely” and “You are the Sunshine of my Life”.

An impressive roll-call of achievements for anyone, but even more so for someone who has been blind since shortly after his birth. He’s also a long-standing active civil-rights campaigner protesting against racial discrimination and social injustice. 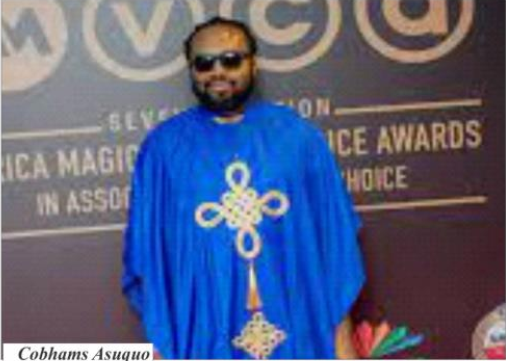 Cobhams Asuquo is a born blind Nigerian musician, producer, and songwriter. In 2005, Asuquo was signed on with Sony ATV London as a songwriter.Although blind, the talented music producer has been able to win awards in his career and is known for producing some of Nigeria’s finest artistes like internationally acclaimed Asa. 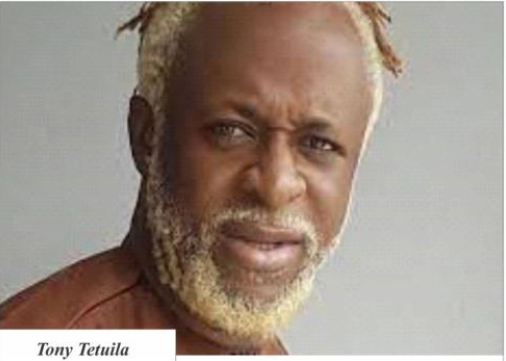 Born into an impoverished polygamous family with an enormous lump on his chest, a bad health condition, no doubt; and crippled as a child, Anthony Olanrewaju Awotoye, popularly known as Tony Tetuila, is proof that a man’s beginning does not necessarily determine his future.

This Oro, Kwara State born recording artiste and song writer is widely regarded as one of Nigeria’s living Hip-Hop legends and in his own words, owes his success and life to God and his mother’s love, bravery, selflessness, and prayers. He started walking but he’s legs are not perfectly balanced. 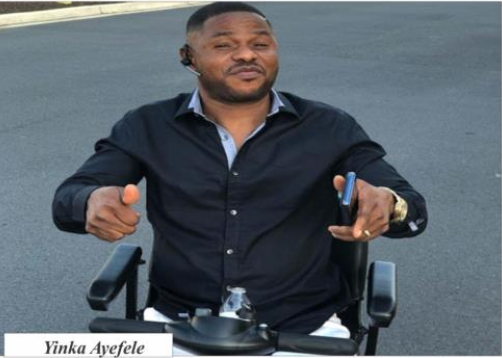 17 years after a major accident that affected his two legs, gospel artist Yinka Ayefele continues to thank God for saving his life. He was involved in a fatal accident on the 12th of December 1997 and since then the Gospel musician has been on a wheelchair. Despite this, Yinka Ayefele has continued to thrive in the genre of gospel music and he has made a fortune from shows and his album sales. 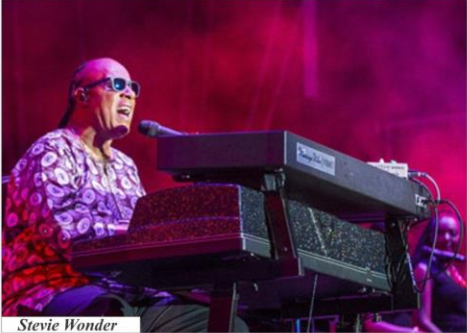 Semah G is a blind Liberian boy who was discovered by Nigerian highlife singer, Flavour and decided to work with him.

Flavour has since adopted Semah G and they’ve both done several songs together and he’s become a household name in the Nigerian music scene.

Semah may be blind, but he is not letting that take a toll on him at all as his amazing voice has taken him places and given him the celebrity status.

The young Liberian boy has proved to the world that condition doesn’t affect someone’s ability to achieve success.

Jigan Babaoja whose real name is Kazeem Abimbola is a talented actor, musician, and a comedian. He is the originator of sho mo age mi, a viral line from a video of him that surfaced online which in turn made him known.

He has one bad leg and limps when he walks, but he hasn’t let that affect him from working hard and becoming a successful person. 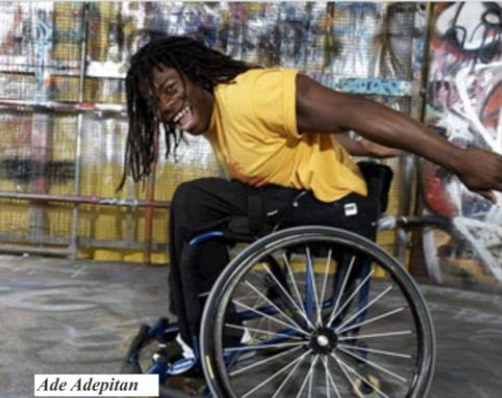 10 of the most inspiring people with disabilities

Famous Nigerian Celebrities With Disability But Have Succeeded (Photos)