A Vote of No President or Confidence

I have never liked my president, General Muhammadu Buhari. First of all, I was very happy with former president Goodluck Ebele Jonathan’s government, in spite of all the degrading names people called him, particularly the one about being clueless.

I still loved Jonathan and his amiable and very matronly wife, Dame Patience Jonathan, even with all her bad grammar. They made a great pair and the strong bond between them was very clear for all to see. Yeah, things were tough for Nigerians but we still got by and trudged on, nevermind the buying times. Well, it was election time and General Buhari declared interest.

I was shocked he even indicated interest to run because of his age. The crazy thing was not even that he indicated interest, it was the desperation he exhibited during the campaigns. I saw Nigerians actually supporting him and it hurt me because I knew it was all scam. They kept talking about integrity, accountability, eradicating insurgency and zero corruption. They all said Buhari was the man.

I knew they were in for the shock of their lives. When he threatened that blood  will flow if he didn’t win d election, I knew that there was fire in the mountain. To cut this intro short, the amiable Good luck Jonathan conceded defeat with the words, ‘the presidential seat is not worth the blood of even one Nigerian’. Buhari took over and Jonathan left in peace. 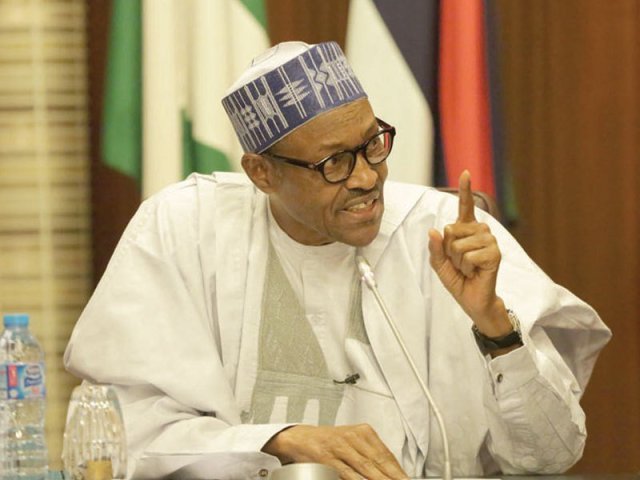 Today, Nigerians are groaning under the weight of Buhari’s activities and worse still, inactivity. Blood still flows more than ever before; unemployment is now a part of our lives; the economy has suffered the worst kind of decline; terrorists are having a field day; the Fulani herdsmen have gone on rampage, killing, raping women and destroying property of innocent villagers.

The worst nightmare we face is the attack on security operatives, especially here in the south east and burning of police stations. It is indeed a sad situation and the bloodshed is getting out of hand. The country is no longer safe and the article I share today best captures the country and her president the way it stands. Kassim Afegbua is the author. Please read…

Somebody needs to tell the presidency that the days of intimidation, subtle threat, harassment and oppression have been confined to the refuse bin of history, since we now practice democracy. Why do you oppress people for daring to interrogate your incompetence and inability to deliver the promises you gladly made while you were seeking our votes.

Why do you intend to silence our voices of resentment against your tactless leadership that has turned Nigeria to a killing field, with rivers of blood flowing meanderingly from North to South because someone we voted for has refused to lead? Are we supposed to be clapping for an underperforming president or call him to order to rescue a country that has been variously described as a failed nation?

A nation with declining revenue, failed infrastructure, job losses, gross unemployment and unbearable insecurity, cannot in any stretch of the imagination, be one to be celebrated. If the president wants to be hero-worshipped, he should put on his military uniform, lead from the front, to confront insurgents and bandits that have held us by the jugular.

We are lamenting. We have been abandoned to take destiny in our own hands. We have been abused and raped severally. If we complain, they tell us it is because they refused us contracts.

If we lament, they call us names, abuse us, and threaten us, warning us to be careful of our utterances. They came up with the theory of coup plotting, even when they know that coups are no longer fashionable in Africa, let alone Nigeria. We do not need a coup in whatever shape, but an unperforming president, in a democratic setting, can be impeached to rescue the country.

Impeachment is a democratic engagement of law and due process. If it becomes desirable to impeach the president and save the country, so be it. There has to be a country first and foremost, before we can talk about a president. If the people are bleeding every day and the president is appearing helpless, if all his creativity is not yielding results,

if his intervention is becoming like a drop in the ocean, we can excuse him through the impeachment process, to leave the rostrum of leadership. Such calls for impeachment will be to save the country, and ensure that the people are secured.

The aspiration of several millions of people is greater than that of a single individual, called the president of the Federal Republic of Nigeria. Good and contemporary leaders often take a bow to save their countries from total breakdown, failures which have the capacity to destroy the gains of yesteryears.

They put the country first before any other consideration. Constructive criticism is an integral part of the democratic process to railroad a dithering leadership back to reckoning in the affairs of the nation. When we lament the failures and incapacity of the present leadership, it is because we want to see a more holistic intervention to arrest the drift that has become the normative order in our present emanations.

When we complain or criticise the president, it is because we want his presidential attention to be narrowed on the burning issues that have plagued us for a long time. President Buhari was one of the vitriolic critics of previous presidents, to the point of telling them to resign if they were unable to lead the country. He is on record to have called former President Jonathan to resign to allow for more competent hands to lead the country.

One had thought that with a president Buhari, Nigeria would become some kind of Eldorado. All the foibles and frailties that undermined previous leaderships, have been multiplied in several folds, no thanks to the incompetence of a presidency that is fond of writing condolence letters to insult our collective sensibilities. They talk of arrest here and there to intimidate our resolve.

They issue statements that ridicule the very distinction that should underscore the presidency of the country. They apply double standards in response to issues that require patriotic nationalism. They stare at us in the face to harass our altruistic intentions, some kind of fault finding, just to silence voices of dissent.

The president condemned medical tourism before he became president, wondering why the previous leaders were unable to fix the health sector. Today, he has become Africa’s number one medical tourist since he assumed office. It has become so ridiculous that Nigerians abroad often stage public protests against his visits.

The party talked about restructuring, making it the number one item in the list of programmes contained in his party’s manifesto. Six years down the line, nothing about restructuring even when the discourse has become one of the most topical issues in the polity.

What about the school feeding programme, three million jobs, new industries to be built, and employment generation? The statistics in these areas are damning and offensive. Added to this is the increase in pump price of petrol that has brought untold hardship on a populace that has been overstretched by the twin evil of COVID-19 pandemic and economic dislocations.

When you listen to the utterances of President Buhari’s ardent supporters, you are bound to see the trappings of a nation in dire straits. They tell you with unpretentious arrogance that the president has scored first in the area of infrastructure, pointing at the refurbished railway system in a few places. But our roads infrastructure is still decayed. Our health sector is completely rotten, becoming mere consulting clinics, while the mortality rate is nothing to write home about.

The general psyche of the average Nigerian has been badly affected by deliverables that promote hunger and starvation, rather than any serious intervention. Once you fail abysmally in your security architecture and you are unable to protect the lives of the people, the multiplier effect that would have on your investment profile will be tellingly devastating.

That is our present terminus. Foreign investors are afraid to come to Nigeria because the level of insecurity has degenerated to a mindless bubble. Travel advisories are being released by embassies here in Nigeria, cautioning their nationals on the prevailing insecurity in the country.

Nigeria is terribly wounded, incapacitated and in dire straits in every facet of our national lives. Bones are broken, tongues are wagging, voices are wailing while the president dominates the expansive ambience of Aso Villa. He does not visit troubled spots. It has become sheer abomination. He begs bandits to allow us to breathe. He laments like the average Nigerian would do, as if he doesn’t have the tools to take action.

He sounds helpless like my mother in the village, asking God to intervene. Do we need any further crystal balls to pass a vote of no confidence? Or should we call it a vote of no President? The country is bleeding profusely, tears are rolling on our famished cheeks daily, soldiers are dying, being mauled down by the menacing bandits, police are being killed and police stations are being burnt down effortlessly like a new found hobby, the security agencies are being overstretched, corruption becoming the major attraction of a system that is never accountable.

The poor, the rich and the ordinary are daily becoming victims of a system that is apparently nonplussed about generating ideas that could mitigate our precarious situation.

We are wailing and wailing, our voices lost in the wilderness of anguish, where bandits assume the boss mentality. Governors are wailing.

Senators are crying, Bishops are lamenting, Imams are agonising, students, lecturers and judiciary workers are helplessly trapped in labour issues, yet someone does not want us to pass a vote of NO CONFIDENCE? How can? It is indeed a vote of NO PRESIDENT. If indeed, we have a president and we are still locked in the labyrinth of these misnomers, then we truly need to re-examine our mentalities. It is a no, no, no for me!