The Catholic Women’s Organization of Abagana Deanery made known her intention to acquire a coaster bus to facilitate their activities and grassroots evangelism of the Catholic Church.

The intention of the CWO members in Abagaba Deanery, Njikoka LGA of Anambra State, was demonstrated on Saturday, 16th October, during the Ninth Triennial Convention held at St. Mark’s Catholic Church, Abagana, the deanery headquarters. 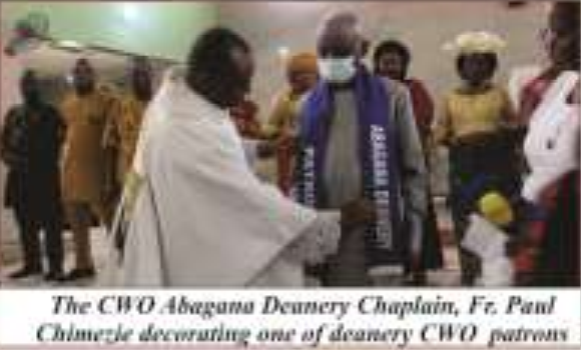 Speaking at the occasion, the Organizer CWO Abagana Deanery, Mrs. Stella Enibe, explained that the convention which was meant for CWO members, came up once in three years to enable the women’s organization to carry out her grassroots evangelization. She noted that the women, during the conventions, embarked on programmes and activities that helped members reduce the stress emanating from daily human activities. 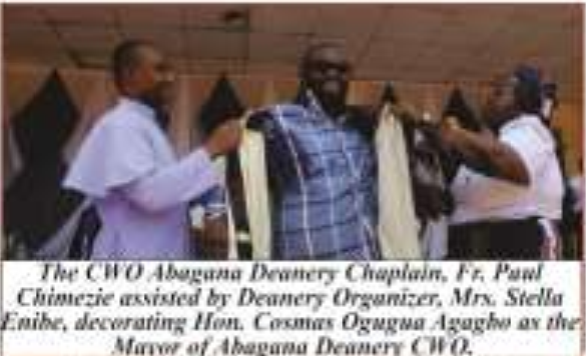 The Abagana Deanery CWO Organizer noted that the year’s convention was geared towards raising the funds required for a coaster bus to facilitate the activities of the body and enable it to engage in rural evangelism.

She noted that the body at the deanery level had been able to take care of some sick and poor members and those that lost their property to fire disasters. She disclosed that the deanery assisted the diocesan bishop in sponsoring a Catholic Priest from Aguluzigbo through the seminary.

In his opening remarks, the chairman of the occasion, Prince Chukwujekwu Paschal Ezekwe, represented by Mr. Ifeanyi Ojukwu, emphasized the need for the convention and commended the women for their intentions and ideas for the betterment of the Church of God. He called on all to support the women, describing them as catalysts for societal transformation.

He urged mothers to develop ways of drawing young mothers into the body and teaching them how to be effective mothers that would instill the needed virtues in the lives of the growing ones.

Speaking after his decoration as the Major of Abagana Deanery CWO, Hon. Cosmas Ogugua commended the women for their input in the affairs of the Church and described them as family moulders, urging them to be exemplary in their conduct.

Speaking to Fides, one of the newly installed Ugosimbas, Dr. Uche Achebe, appreciated the deanery CWO for bestowing the honour on her and reaffirmed her commitment towards making the affairs of the women better.