2023: SDP, Labour Party, May be Obi’s Next Party Platform

Following the dumping of the People’s Democratic Party, PDP, by one of the foremost presidential aspirants in the country, Peter Obi, last Wednesday, speculations are already rife about his next political party platform, with the Social Democratic Party, SDP, and the Labour Party, LP, leading the list of parties.

The dumping of PDP by Obi is believed to have been caused by intrigues in the party which indicated that some forces were trying to frustrate Obi by denying him a ticket, even after the party refused to cede its presidential ticket to the Southeast Zone of the country which is generally seen as the zone laying genuine claim to having the presidency zoned to them. 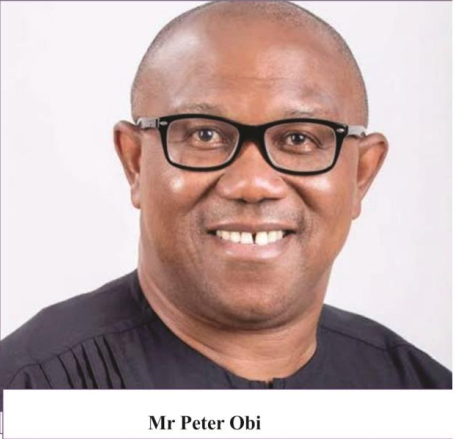 Since the botched Second Republic when an Igbo man, Dr Nnamdi Azikiwe, was the president, albeit a ceremonial one, no Igbo person has occupied the seat, despite all the other zones having done so. It was generally expected that the PDP and the ruling All Progressives Congress, APC, would cede their presidential tickets to the Southeast this time around, but that has not happened. Rather, the PDP said it was throwing open the ticket, while the APC appears to have decided to go north.

Pressures were mounted on the PDP by various groups supporting Obi to zone their ticket to the Southeast and last week, a One Million Man March was held by the various pro-Obi groups simultaneously across the country as a last ditch effort to get the PDP to change its stance.

The event was followed by many Nigerians then urging Obi to leave the PDP, assuring of their support regardless of the party he joined. Last week too, Obi was the guest of the British Government, the outcome of which had not been known at press time. But immediately Obi returned from the meeting, he announced his decision to quit the PDP.

Obi was quoted as saying last Wednesday, ‘I came to offer my services to Nigerians free of charge through the Platform of PDP, but PDP decided to sell it to the highest bidder. I did not steal government money and I have no intentions of stealing it in the future. Nigerians have suffered so much as a result of this type of politics of buying political offices. This is the reason why Nigerians cannot hold their leaders accountable for failure, because they have sold their right to good governance over a morsel of bread. I left PDP in order to change this narrative.’

Obi’s leaving of the PDP is believed to pose serious problems for the party in the Southeast Zone but, while it was initially thought he was going to join the New Nigeria People’s Party, NNPP, Fides gathered that it was actually anyone of SDP or Labour Party that he was considering joining as at press time.

A source close to Obi told Fides that the picture would become clear any time from now.

Obi is the most popular of all the presidential aspirants so far, going by social media ratings, but it remains to be seen if such support can translate to actual victory.