…One of the major events scheduled for 2023 is the FIFA Women’s World Cup in Australia and New Zealand.

Although Nigerian sports’ failure to qualify for the 2022 FIFA World Cup is among the year’s most discouraging events, there is much to look forward to in 2023.

Beyond the General Elections, which seem to take center stage, the year 2023 has a lot to look forward to, from football to racetracks.

The Green and White of Nigeria will be featured in several international events, of which I chose seven.

Hopefully, the country will not just make up the numbers at these events, but the athletes will make some appreciable impact.

Another World Cup test for the Super Falcons

In this part of the world, there is a popular saying that goes, “What a man can do, a woman can achieve even better.”

Even though they were not at their best, the Falcons maintained their impressive record of qualifying for every FIFA Women’s World Cup, while the Super Eagles could not make it to Qatar in 2022. 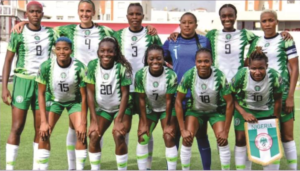 Australia & New Zealand will host the World Cup in 2023, following a historic event in France in 2019.

Expectations are high for a glorious celebration as the competition will feature 32 nations for the first time.

While dethroning the United States Women’s National Team (USWNT), which won the most recent tournament in France, may be too much to ask of the Super Falcons, matching their performance in the quarterfinals from 1999 will be viewed as a victory for Randy Waldrum and his women.

Group B includes the Super Falcons, Australia, one co-host, as well as Canada and Ireland.

Amusan to defend her crown at the World Championships

Millions of people will remember Team Nigeria’s gallantry, particularly that of Tobi Amusan, from the most recent World Athletics Championships in Eugene, Oregon, for years to come.

Unfortunately, Amusan will have to defend her title faster than normal because the 19th World Athletics Championships are scheduled for August.

Amusan won the gold in the hurdles event while also breaking a world record in Oregon.

While ‘Tobi Express’ is definitely hungry for more titles and records, we wait to see if she can do it in Hungary in some months’ time.

For Ese Brume, she improved on the bronze medal won in Doha to give Nigeria a silver in Oregon. Will her golden moment come in Budapest? Optimistic Nigerian fans are already shouting a resounding YES!

Hopefully, the show in Budapest will not be just about the ladies; but that Nigerian men will also rise to the occasion.

Team Nigeria returns to Ghana for the African Games

Nigeria has competed at every edition of the African Games (formerly All-African Games) since its inception in 1965.

The country’s best outing was on home soil at the 2003 edition in Abuja.

It was Nigeria’s second time hosting the continental fiesta, following Lagos in 1973. Now, 20 years after the historic triumph in Abuja, Team Nigeria will seek glory in Ghana.

We expect the 13th African Games to be held in three cities in Ghana in 2023, on dates that have yet to be confirmed.

This will be the second time in history that the games will be decentralised in a process that started in the previous edition held in Morocco.

With more than a thousand medals won over the years, the African Games has always been a good hunting ground for Team Nigeria. 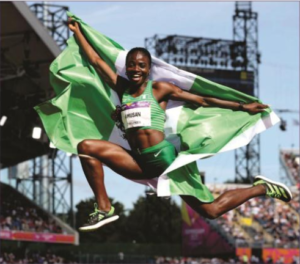 NdukaUgbade is on a mission to create a new set of youngsters who will grow to rule the football world, Having achieved legendary status as a player and coach by winning the FIFA U-17 trophy in both capacities, Ugbade, is out to assert Nigeria’s influence once again in this cadre of football.

The signs are good, as the Eaglets were crowned WAFU B champions last year in Cape Coast, Ghana. Their next assignment is at the Africa tournament in Algeria.

The top four teams of the tournament will qualify for the 2023 FIFA U-17 World Cup in Peru as the CAF representatives. Cameroon are the defending champions, having won the 2019 edition and the cancellation of the 2021 edition.

Just like the Golden Eaglets, the Flying Eagles are going to the U-20 AFCON as regional kings, having won the WAFU B qualifiers last year.

LadanBosso and his team have their work cut out for them already with a somewhat tricky group where they are pitted against hosts Egypt, Senegal, and Mozambique.

While winning an unprecedented eighth title will be worthwhile for the Flying Eagles, the prime target will be to be one of the four teams to represent Africa at the U-20 World Cup, which will take place in Indonesia later this year.

The 2023 FIBA Basketball World Cup will be the 19th edition of men’s national basketball teams. And after Nigeria failed to show up in the women’s version, owing to a self-imposed ban, many hope the D’Tigers will make it.

Unlike the last World Cup, when the D’Tigers were the first to qualify from the continent, it hasn’t been smooth sailing so far in the 2023 World Cup qualification series.

While the 2023 tournament will be the second to feature 32 teams, it is the first time in its history, multiple nations will host the World Cup in Asia.

We have confirmed seven sports in which Nigeria will participate at the 2023 Commonwealth Youth Games. They are aquatics, athletics, cycling, Fast5 netball, rugby sevens, triathlon, and beach volleyball.

Only those between the ages of 14 and 18 are qualified for the Youth Commonwealth Games.

The date and host for the 2023 CAF Women’s Champions League is yet to be determined, but there is every likelihood it will take place in the last three months of 2023.

2023 will be the third edition after MamelodiSundowns Ladies of South Africa clinched the first edition with a 2-0 win over Hasaacas Ladies FC of Ghana in 2021.

ASFAR FC of Morocco won the 2022 (second edition) with a 4-0 win against MamelodiSundowns Ladies. Bayelsa Queens represented Nigeria in the last edition and finished in a credible third-place.