As the 2023 Presidential election draws nearer, political activities are already gathering momentum even as political parties and their gladiators have begun to reach out to notable politicians as well as major stakeholders across the political spectrum in the country.

Many frontline political actors have already indicated interest to run for the office of the President of the Federal Republic of Nigeria and among them are the Jagaban of Lagos politics and National leader of the ruling APC, Asiwaju Bola Ahmed Tinubu who recently visited President Buhari at the Presidential Villa Abuja to inform him about his intention to run for the Presidency.

Similarly, Governor David Nweze Umahi of Ebonyi State had also visited President Buhari on his intention to contest for the Presidency. A host of other notable politicians had equally thrown their hats into the ring and among them are; Dele Momodu, Doyin Okupe, Governor Yahaya Bello of Kogi State, Anyim Pius Anyim of Ebonyi State, Sam Ohuabunwa of Abia State, Senator Rochas Okorocha of Imo State, Kingsley Muoghalu of Anambra State, Senator Orji Uzor Kalu of Abia State, Chief Malik of Kwara State who is contesting under the platform of “not too young to run party” YPP, the former Anambra State Governor Peter Obi among others. It is expected however, that more aspirants would soon join the bandwagon of Presidential aspirants as the campaign fever reaches its crescendo in the coming weeks and months. 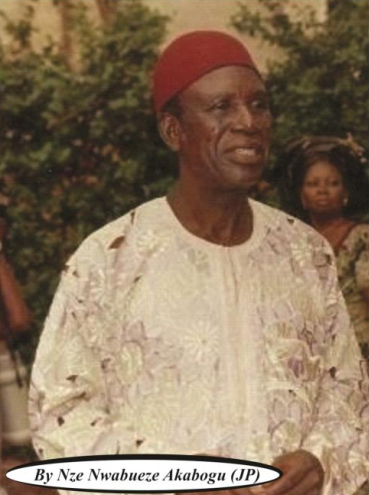 In the meantime however, some powerful and celebrated politicians whose ambition to run for the Presidency is already in the public domain but rather chose to use their surrogates to test or gauge the political barometer in the country. One of such political heavyweights is Alhaji Atiku Abubakar, the Waziri Adamawa and Former Vice President of Nigeria whose ambition to rule Nigeria has become a recurring decimal in the nation’s political lexion.

Alhaji Atiku Abubakar’s political network is second to none in the country and he is currently effectively using the services of media mogul, High Chief Raymond Dokpesi to project and market his Presidential candidature to the Nigerian people. High Chief Dokpesi is currently traversing the six geo-political zones of the country and vigorously campaigning and reaching out to the P.D.P major stake holders across the country on behalf of his principal, Alhaji Atiku Abubakar.

It is instructive to mention in this piece however, that during his recent tour of the South East geo-political zone, High Chief Dokpesi desperately tried to fly a kite and craftily sold a dummy to the zone whom he rightly described as “Atikus inlaws” to the effect that the former Vice President Atiku Abubakar would serve only one term of four years in office as President and handover to his Vice President who supposedly would be an Igbo man should he be elected as Nigerian President come 2023.

This political maneuver could simply be described as an outdated political gimmick even as Atiku Abubakar had made similar promise during the 2019 Presidential election when he contested with Peter Obi of Anambra State as his Vice Presidential candidate or running mate.

It is abundantly clear that High Chief Dokpesi visited the South East zone with the sole purpose of shopping for the potential Vice Presidential candidate or running mate to his principal, Atiku Abubakar even as the issue of zoning the Presidency to the North was already foreclosed and settled issue by the P.D.P.

The carefully selected political figures that Dokpesi visited and interacted with during his tour eloquently attested to the incontrovertible fact that he merely came to the zone and Anambra State in particular to scout for acceptable Vice Presidential material hence his glowing tribute to the indefatigable P.D.P candidate in the recently concluded gubernational election Chief Valentine Ozigbo (VCO) whom High Chief Dokpesi poured encomium and showered praises on him for his political sagacity and absolute Loyalty to the PDP during his visit to Ozigbo’s Amesi country home. High Chief Dokpesi also predicted that “Ozigbo’s sun would soon shine higher”.

It is needles to emphasize the point that since the advent of the present democratic dispensation in the country in 1999, the people of the South East region (Ndigbo) had remained loyal and faithful to the P.D.P by always voting massively for the party in all previous general elections but regrettably without receiving any corresponding or commensurate benefits from the party for the past twenty three years or so.

It is heartwarming therefore and highly commendable that Chief Ozigbo displayed political astuteness and sagacity in his response to High Chief Dokpesi as he drew the attention of High Chief Dokpesi and P.D.P to the current debate on the desirability of zoning the Presidency to the South East region in the interest of Justice, equity and fairness.

It was quite clear that Dokpesi’s visit to Anambra State was simply to woo and lure Ndigbo into accepting the “Greek Gift” of ascending to the Nigerian Presidency via the Vice Presidency of Igbo extraction presumably after Atiku’s first term of four years in office. This political booby trap is simply what in Igbo proverb is called quote “Nkwa ana ekwe nwanyi na enu akwa” translated thus                  “Promise made to a woman in bed” which is hardly kept or fulfilled.

Ndigbo for too long had been taken for granted in the power equation of the country and the arrogance of other Nigerians who seemed to have taken advantage of the present pitiable situation of Ndigbo in the country called Nigeria since the  end of the unfortunate civil war in 1970.

Ndigbo must quickly serve a notice to the PDP that enough is enough and “Our mumu don do” and as such, the party must zone the Presidency to the South East region during the upcoming 2023 Presidential election if the party still needs the votes of Ndigbo and their support.

The era of treating Ndigbo as slaves or second or even third class citizens in their own country is over and a note of warning must be served to all politicians in the zone that they must never accept the Vice Presidential slot or ticket from any political party whatsoever. What is good for the goose is also good for the gander.

The Ohaneze Ndigbo should therefore take the lead and be in the vanguard of implementing this noble political decision in the overall interest of Ndigbo as a people. Ndigbo have finally woken up from their deep slumber and would never again play the second fiddle in the affairs of the nation as the country called Nigeria belongs to all of us.

Ndigbo are now poised to assert themselves and regain their pre-eminent position and lost glory in the scheme of things in the country.

Suffice to say that the cream of early nationalists and patriots who played pivotal role during the struggles for the independence and emancipation of Nigeria were mostly Ndigbo when other ethnic nationalities who are today lording it over Ndigbo were rather docile during the struggles for independence from the erstwhile British colonial powers and had maintained non-challant attitude throughout the liberation struggles even as they were seemingly comfortable with the erstwhile British Colonial rule in the country.

During that memorable era Ndigbo were in the fore front of the liberation struggles and ranked as number one in the Nigerian political equation but regrettably today Ndigbo have taken the back seat and placed on an unenviable fourth position in the scheme of things in the country called Nigeria.

This is clearly unacceptable and Ndigbo must take their rightful place as one of the three major ethnic-nationalities or groups in the country and never again to be relegated to the background as an inferior race.

Obviously, it is the turn of Ndigbo of the South East zone to produce the next President of the Federal Republic of Nigeria come 2023 in the interest of equity, justice and fairness even as the principle of rotation of the Presidency between the North and South is sacrosanct and must be strictly adhered to in the overall interest of the peaceful co-existence of the diverse ethnic-nationalities that make up the political entity called Nigeria.

Consequently, since the North had produced the current President in the person of President Buhari for the past eight years, it is only fair and logical that the South should produce the next President in 2023. This noble arrangement or understanding had been in operation and working perfectly well since the inception of the current democratic dispensation in 1999.

It is therefore the turn of any geo-political zone within the Southern part of Nigeria which has not produced the President in the past to produce the next President in 2023 and in this case, it is the South East zone period. Both the West and South-South geo-political zones had already taken their turns in the power rotational arrangement and the South East zone would complete the rotational arrangement within the Southern region after assuming the Presidency in 2023.

This “gentlman’s” noble agreement is the only panacea that would guarantee the, unity, cohesion and peaceful co-existence of the entity called Nigeria as any attempt to upset the applecart or derail the rotational arrangement might spell doom to the fragile unity and oneness of the country that is already on the brink of total collapse and possible disintegration.