2022 World Cup: What Lessons for Nigeria?

The 2022 Federation of International Football Associations, FIFA, World Cup has come and gone, with Argentina Running away with the prestigious cup after a pulsating victory over defending champions, France, in Qatar last Sunday.

Five African countries participated at the tournament, namely Senegal, Morocco, Ghana, Tunisia and Cameroon. The giant of Africa, Nigeria, was conspicuous by its absence, a disappointing development that the legion of soccer buffs in the country are yet to recover from.

Morocco made history as the first African team to reach the semi final of the apex global soccer showpiece. Before then African countries like Senegal, Cameroon and Ghana had reached the quarter final. Nigeria, despite all the humongous resources at its disposal, is yet to cross the second round stage after five appearances at the world cup; something that has been of great bother to football watchers in the country.

At a time when it was becoming habitual for Nigeria to qualify for the world cup, Nigeria fell to Ghana in the final rounds of matches and missed out from the greatest soccer fiesta. Nigeria’s failure to be part of the just concluded world cup is seen as a big blow to the careers of many budding talents from the country who would have used it as a launch pad for their careers.

The case of one of the stars, Victor Osimhen, is particularly painful as he is one of the hottest emerging talents in Europe. This last world cup would have afforded him an opportunity to further boost his credentials. But now he has to wait another four years to do that. 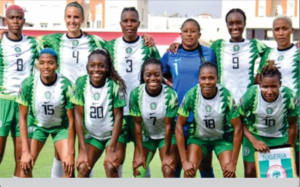 Why Nigeria’s failure to qualify was painful is because it is seen as something we brought on ourselves through the usual problem of corruption.

Over the years, it is either that some players are foisted on the coach or the coach is foisted on the players when those players and coaches are not worth their onions. The latter seemed to have cost the country qualification for the world cup.

Before the last African Nations Cup, Jose Peseiro, a Portuguese, had been appointed to take over the team after the Nations Cup from Austin Eguavoen. But surprisingly, Eguavoen was still retained to prosecute the last two-legged qualifying matches of the world cup despite not doing well at the Nations Cup. It was only after Nigeria lost that he was removed and replaced with Peseiro.

Till now, many Nigerians are yet to understand why a coach who failed at a big stage should be allowed to go on to a bigger stage, especially after Gernot Rohr, the German coach who had led Nigeria fairly well, was relieved of his duties.

Was Eguavoen retained for the world cup prosecution because he is friends with the chairman of the Nigeria Football Federation (NFF), Mr Amaju Pinick? Was he retained because he was seen as malleable so that players would be foisted on him? Was Eguavoen the best man to lead the nation in search of world cup qualification when the likes of more accomplished coaches like Emmanuel Amuneke abound?

It is such questionable decisions at the highest decision making level of the country’s football that has been the bane of successful football administration in Nigeria. The latter regrets and apology by Pinick over the country’s non-qualification are merely the shedding of crocodile’s tears as it is obvious the man knew what he should have done to turn things around.

It will be recalled that it is under his watch that Nigeria failed to qualify for the male and female football events at the last Olympics. It is under his watch that the Super Falcons had their worst outing in Africa when they came fourth at the last African Women’s Cup of Nations. Our club sides have also fared badly on the continent. Thus it seems that football administration under him reached its lowest point.

Luckily a new helmsman has taken over at the Glass House, as the headquarters of the NFF is known and we hope that he has learned from recent mistakes and will quickly emplace measures to return Nigeria’s football to its lost glory. Missing out from the last world cup was indeed one experience the country should not have again.