On March 17 this year, just about under two months away, former Central Bank Governor, Prof Charles Chukwuma Soludo, will be sworn- in as the next governor of Anambra State; some twelve years after he first sought to occupy the seat. It will no doubt be one occasion that will be etched in his mind as the day his long sought after wish materialized.

Ahead of the swearing in, political watchers in the state will among other things be wondering if the romance between Soludo and the outgoing governor, Chief Willie Obiano, will remain, or whether it will evaporate as soon as Soludo assumes office. Those thinking this way can be understood for doing so, given the way the relationship between Obiano and his predecessor, Peter Obi, soured inside one month on the former’s assumption of office.

But fears over the possibility of Soludo falling out with Obiano seem to have been doused early in the day with the visit of Soludo and his Old Aguata people to Obiano in his country home, Aguleri, recently. The visiting party said they had come to thank Obiano for assisting Soludo to mount the seat of power in Agu Awka. That visit was very reassuring and an early indication that the relationship of the two may yet survive the test of time.

Beyond this are other issues and top of them is whether Soludo will accommodate the political appointees of Obiano whose numbers are quite on the high side. If he will not accommodate them, how long will it take before he brings down the hammer? Will he make wholesale changes or will he leave some? Who will go and who will not go? All these are posers which the watching public are awaiting to see how they play out.

Yet still, people are dying to see what would be Soludo’s major priorities. Roads? New projects? Human capacity building? Or will it be development of all sectors simultaneously the Peter Obi way? Many are indeed anxious to know. 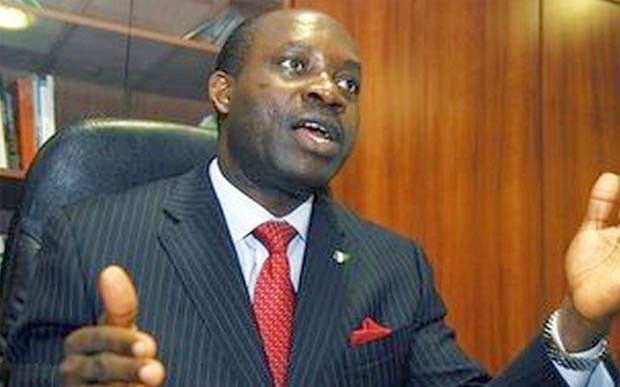 But as all attention dwells on some of these things, there is no doubt that one major area that needs urgent attention is security. Indeed, over the past one-year security has so deteriorated in Anambra State that referring to it as the most secure state in the country now seems a huge joke.

Apart from the activities of unknown gunmen which nearly destroyed the fabric of the state, the activities of cultists, especially in the capital city, are threatening to further put the capital and the state in jeopardy. No week passes that cult related shootings are not experienced and the most worrisome aspect of it all is that there seems a conspiracy of silence which allows the perpetrators to walk away unscathed.

For some time now Awka has been enjoying improved social life; including in the night. Something has to be done about this fast and decisively. No one feels comfortable in a place where bullets are flying about. Once normalcy is restored, security wise, the incoming government can then focus on the task ahead.

And talking about the task ahead, the incoming government must work with the right people; those who can add value to the state. Let not the new man waste time on hosting praise singers and hangers on. These people will only cause distraction. I discussed this enough in one of my previous write ups captioned ”Soludo and the Vuvuzela Blowers”. So there is no need revisiting it.

The curious case of Igbos and the presidency

It was not long ago that the time table for political activities ahead of the presidential election was released. It is coming at a time when the Igbos believe that it is their time to have a shot at the presidency. But at the moment, no one can confidently point at any Igbo man as one that is contesting. Rather, it has been Nigerians from other parts of the country who have been in the news concerning the presidency.

For now, we have been hearing about former Lagos State governor, Bola Ahmed Tinubu and lately, former President Goodluck Jonathan from the West and South South of the country. The Igbos associated with it are only heard about from the grapevine. Yet we hear daily how Igbo groups are insisting that the presidency should be left for the Igbos. So what is really happening? What is wrong with us?

Granted, how the country is structured now makes it difficult for any Igbo man to become the president. There are just many booby traps awaiting such a person which will ultimately culminate in the failure of that person. Fact is that the only type of Igbo man likely to succeed is a lackey or a stooge of the current government in power at the federal level. Perhaps the majority of Igbo people know this and so are treading cautiously.

But then, that things have become like this shows the level of intimidation our people have faced which makes it look like a certain people rule the country. But then again, that is why I’ve always maintained that what the Igbos really need is not power but economic freedom.

The Igbos only need an enabling environment to ply their trade and co-exist with their compatriots. They need a level playing ground to achieve their natural potentials; not someone sitting snugly at Aso Rock and probably not being of use to his people. This amounts to what we call powerless power.

This is why I’ve also called on Ndigbo to look inwards for their salvation. Rather than our leaders fighting themselves as we presently see in Imo State, they should rally round each other and chart a collective future for their land. What, indeed, stops us from creating a common economic bloc for all the Southeast states? What stops us from collectively choosing cities in all the Southeast states to develop based on their unique capacities?

Once we begin to look inwards and take our destiny in our hands, we will quickly realize that we have no need to look for political power; after all, the north which has held political power since the country came into being has not witnessed the kind of progress down south. It is just a case of a few people lording it over the rest of their people in the north.

So, perhaps, after this time, we will recognize the need to change tactics and do the needful.

Some days ago, we read that the Indigenous People of Biafra, IPOB, had banned the singing of Nigerian national anthem in schools in the Southeast. We also read that they gave an ultimatum for the none use of cattle from the north at ceremonies in same zone and that from Easter only locally reared cattle would be used for all ceremonies.

Well, nothing could be more unnecessary and rabble rousing than these directives. When we are still recovering from the effects of their earlier actions and utterances in the past that led to all manner of problems, we are again faced with another situation that might spell further trouble for us.

When they ordered sit-at-home strikes earlier on and threatened fire and brimstone against those who defaulted, some of us warned against the consequences of the use of force. Soon prisons were being attacked and hardened criminals released and armed, while security personnel were targeted for extinction.

People going about their legitimate business on sit-at-home days came under attack, with some killed and others wounded, while property was destroyed. It was clear at this point that all manner of criminal elements had taken over.

Today, while the mainstream IPOB says there are no more sit-at-homes, other elements are disagreeing and so confusion has set in. Now whenever attacks are carried out, IPOB denies and either blames it on the security agencies or on Fulanis. But one thing they forget is why the situation has come to be. For all those who know the truth, they started something that overwhelmed them.

Now again they have banned the singing of the Nigerian anthem and consumption of Fulani cow. But have they thought of the inevitable consequences when some people will try to enforce the ban? Then they will again begin to deny responsibility. But we ask, why start a problem in the first place? What has singing of national anthem got to do with the problems of the country or Ndigbo?

Really, a time comes when we should begin to reason rationally to avoid regrets.