The Catholic Laity of Nigeria, Awka Diocese (CLCNAD), at All Saints Catholic Church, Awgbu, Orumba North LGA, Anambra State, last Saturday, July 31, parleyed with the chief shepherd of the diocese, Most Rev Paulinus Ezeokafor. It was on the occasion of the 2021 Annual Interactive Session of the Laity Council with the bishop.

The annual event, which was initiated by the leadership of the CLCNAD in 2016, was to enable the laity seek clarifications and understand better, issues that concerned their faith and well-being as Catholic Christians.

While responding to questions from the laity, Most Rev Ezeokafor stated that in line with the stand of the Church, any man or woman who did not wed in the Church lived in concubinage. He explained that a man that married two wives and later amended his life and returned to sacrament with the Church should by morality no longer have sexual relationship with the wife he did not wed, and where possible, should build a separate house for the second wife. He added that the said man should also train the children who were born for him by the second wife.

On the issue of the Catholic Women’s Organisation (CWO) in a particular town, that had a woman who had not been living in peace with the husband as a zonal leader while the assistant zonal leader was a traditional priestess (Ezenwanyi), the bishop said such class of persons ought not to be leaders in the Church.

Insisting that leaders should have certain good qualities, the Catholic prelate called on the laity to report such issues to their parish priests for proper attention. He noted that it was the duty of the parish priest to moderate and direct the societies in the parish. 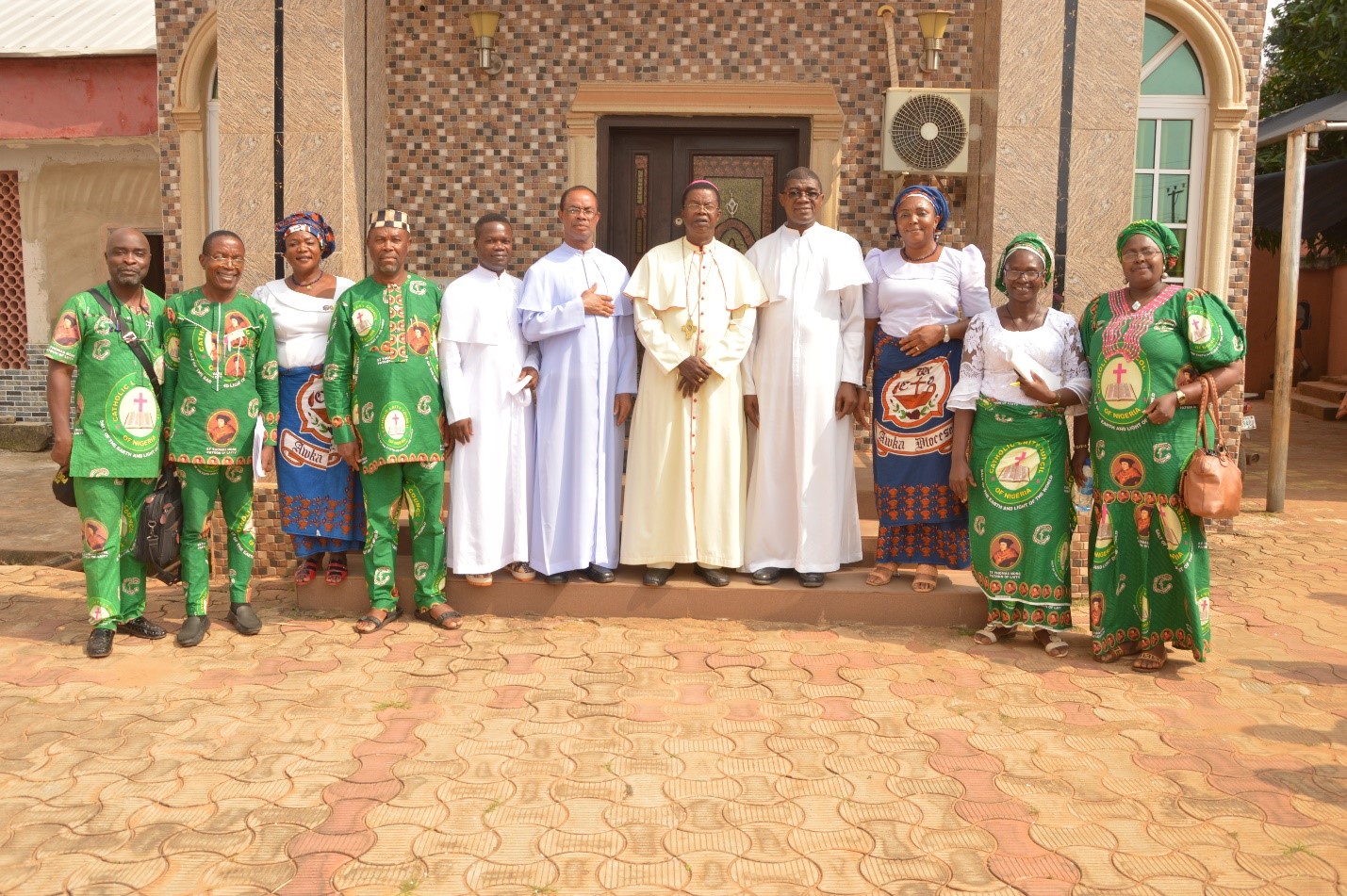 The Catholic prelate, who also spoke on proper formation of human persons, charged parents to ensure they laid good foundations for their children. He explained that once the children were properly formed, they would be responsible to themselves, their families and society.

Bishop Ezeokafor berated parents who focused only on physical, academic and professional training of their children, when their spiritual growth lacked attention. He added that both the spiritual and physical nature of every individual ought to be given proper care.

He enjoined every laity to belong to at least one pious society of the Church so as to, through the help of the group, improve on their spiritual life and strive for holiness.

On the Catholic burial rites, the chief shepherd insisted that every departed faithful must be given the due rite of the faith he believed in till death, and that dust-to-dust rites should be observed in line with the Synod Acta of the Diocese.

Speaking on burial clearance, Most Rev Ezeokafor insisted that the directive of the diocese that clearance should be done for only the dead subsisted. He advised against any parish insisting on clearance for the living before the dead would be buried.

The Catholic women were at the event urged to wage war against idol worship which some of their husbands and children engaged in, and by so doing, bring them back to the Church.

In his remarks, the President, Catholic Laity Council of Nigeria, Awka Diocese (CLCNAD), Hon Joseph Igwebuike, commended the bishop for the priority he had been giving to the interactive session since its inception. He commended the participants for their active participation, and the Organising Committee led by the Chairman, Sir Onyekachukwu Ezika, KSM, for the well planned and successful event.

The event had many laity from the thirteen deaneries that make up the Catholic Diocese of Awka, the CWO Awka Diocesan Executive led by the Director, Lady Sabina Ngozi Ndigwe, as well as the leadership of the Catholic Men’s Organisation (CMO) and the Catholic Youth Organisation of Nigeria (CYON), among others, in attendance.

Some of the participants who spoke to Fides expressed their delight over the event which they said, had helped them in the development of their faith.