A political pressure group, Great Anambra Forum, GAFORUM, is to meet with political parties with a view to assessing and selecting the best candidates ahead of the November 6 governorship election in Anambra State.

Addressing newsmen in their secretariat in Awka, last Wednesday, the facilitator of the group, Engr Fabian Ozoigbo, said the move became necessary to avoid any mistake that could cause harm to the state from a wrong choice of candidates.

He said that consequent upon that, GAFORUM had entered the next level which was to study the various governorship aspirants in all the parties with a view to discovering the candidate or candidates with the highest capacity in terms of competence, integrity, experience, humility, reach, deliverable projects/plans, education, morals, team spirit, knowledge and one at home with Anambra people and who could see the entire state as his constituency. 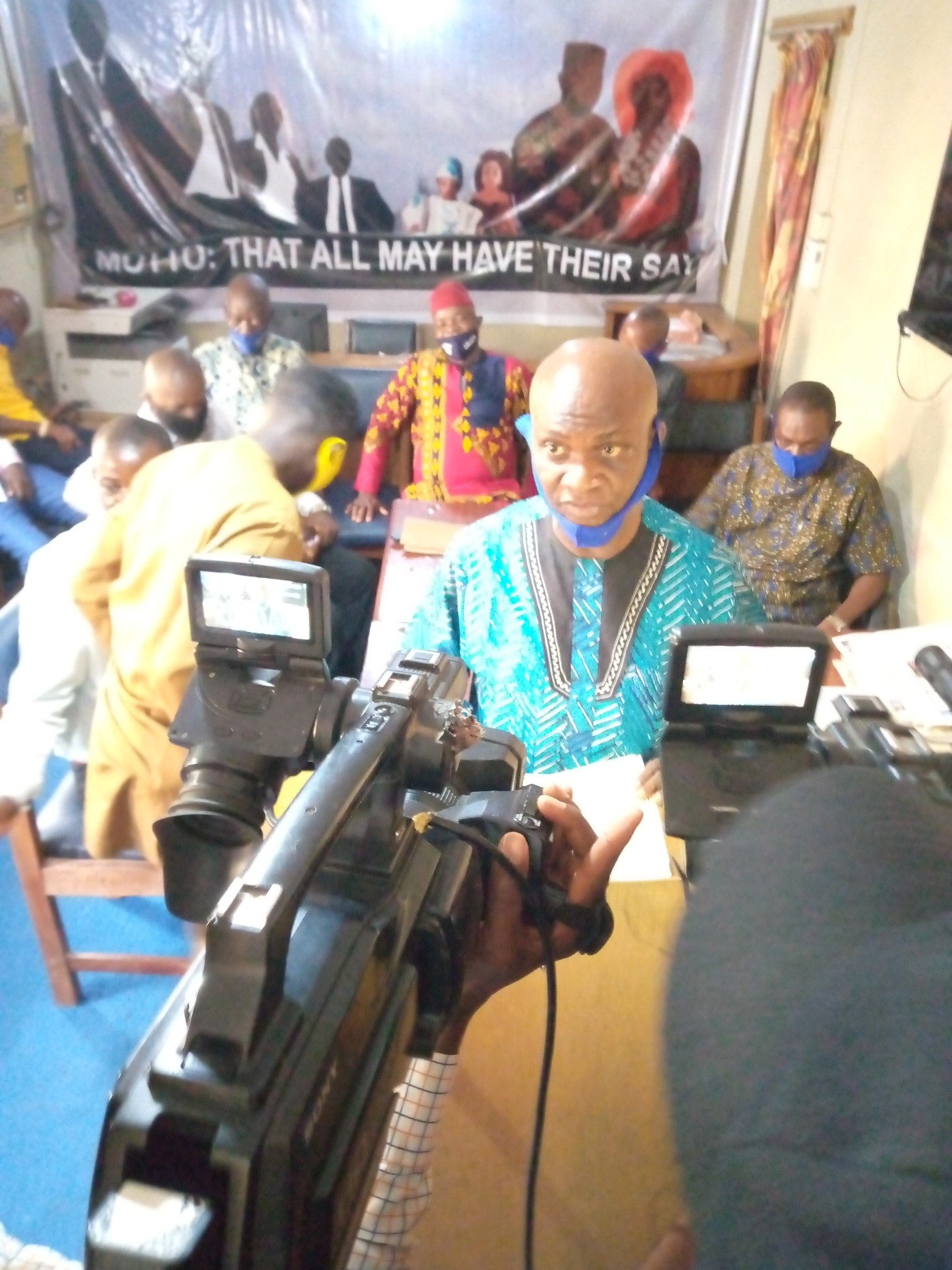 Facilitator of GAFORUM, Engr Fab Ozoigbo, addressing newsmen in Awka on the activities of the group, Wed, March 24, 2021

‘Having attained this milestone, it is now the wish of GAFORUM to act in concert with stakeholders and like minds in the state to move our pursuit to the next level.

Ozoigbo gave the qualities of the right candidate to include: ability to see and take Anambra State as one big constituency; being a person of moral courage, capacity and political will to effect positive change for the progress of Anambra State; having sound education and demonstrable cognate experience in terms of governance and management of human and material resources with particular reference to Anambra State; ability to institutionalize sustainability of development projects founded by his predecessors; having good knowledge of the state’s political space by being home bred; being humble and empathetic in relationship with Anambra people; having wide reach among the various segments and strata that make up the state; and being genuinely accessible to the generality of the people.

While thanking Anambra Elders Forum, religious organizations, political parties, and other stakeholders, for identifying with the group on the zoning of the ticket to the South, GAFORUM called on political parties in the state to release the names of all governorship aspirants in their parties so that the group could begin the process of beaming its searchlight on them, with a view to identifying those with greater percentage of the needed qualities.

‘Also in line with our plans, GAFORUM has sent out a team of surveyors to the 326 electoral wards in the state, whose findings will be ready for release as soon as possible. This will serve to steer the state out of confusion in the coming dispensation,’ Ozoigbo said on behalf of GAFORUM.