Activities marking the 2021 Annual Celebration of the Holy Childhood Association (HCA), Awka Diocese, has ended with HCA, Amawbia Deanery, emerging winners with a cash prize of N100, 000 for the march past competition, as well as winning the gold medal for the N1, 500m male race.

In the event which was held at St Patrick’s Cathedral Podium, Awka, Anambra State, last Saturday, September 4, Ebenebe Deanery won the gold medal for the female egg race, while Awka and Nimo Regions won gold medals as the first position winners in the regional quiz competition.

Adazi Region won the second position in the keenly contested quiz competition in which each of the regions were represented by three children. Each of the children was honoured with an award plaque as ambassadors of Awka Diocese.

Agulu and Ifitedunu Deaneries won 2nd and 3rd positions respectively in the egg race competition for female children of not more than 12 years old. The winners went home with silver and gold medals.

The results of other deaneries in the march past competition included Ebenebe – 4th position; Awka 2 – 5th and Enugwu-Ukwu – 6th positions. Abagana and Ifitedunu Deaneries clinched the 7th position each. Others were Awgbu – 9th, Ugwuoba – 10th, Neni – 10th, Awka 1 – 12th and Agulu – 13th position. 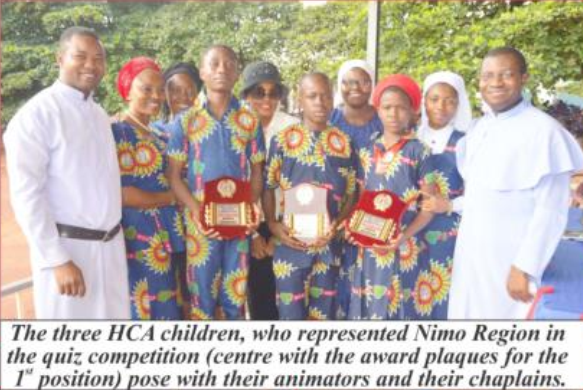 Earlier when he led in the concelebrated Holy Mass for the event at St Patrick’s Catholic Church, Awka, the Catholic Bishop of Awka Diocese, Most Rev Paulinus Ezeokafor, prayed God to fill the children with grace, which, he said, would enable them to be good and responsible individuals.

In an interview with Fides, the Catholic prelate described the HCA Day as very symbolic, saying that it was another avenue to bring the children of the diocese together and inculcate in them the need for the children to get connected and help each other all over the world.

Pointing out the need for special attention to be given to the children as the lowest growing members of the Church, Bishop Ezeokafor commended the directors and the animators of the children’s group for the event which he said was well organized and had significant impact on the HCA members. 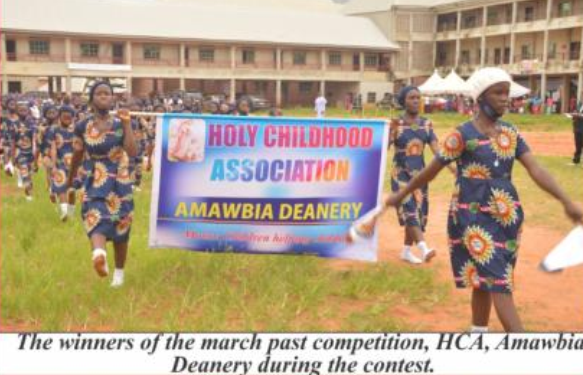 Basing his reflections on the gospel of the Saturday, the Director, Pontifical Mission Society (PMS), Awka Diocese, Rev Fr Tobias Osigwe, In his homily, charged all children to follow Jesus with their entire heart and stand out in good works as ideal friends of Jesus Christ.

Pointing out that committed friendship with Jesus brought about blessings, Rev Fr Osigwe, who is also the parish priest of St Paul’s Parish, Achalla, encouraged all to hunger and thirst for friendship with Jesus Christ. He explained that the Holy Childhood Association was a statutory body for the proper formation of all children of the Catholic Church who were aged 0-14 years.

In his remarks, the Chairman of the occasion and patron, HCA, Awka Diocese, Chief Sir Augustine Ibeme, KSS, advised the children to keep away from bad friends, but to instead do good at all times. He urged parents and animators to be role models to the children. 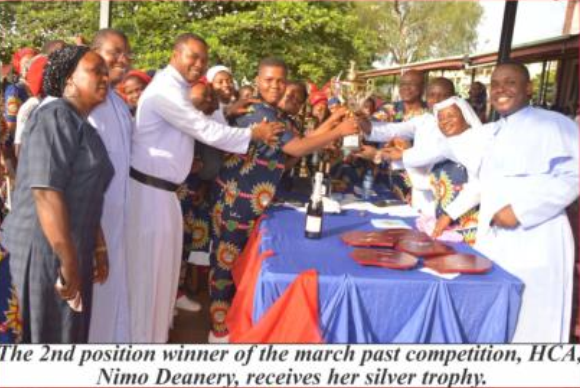