The popular belief is that priests are teachers of all nations. Indeed we are, as missionaries, and in our various apostolates. People not only learn from priests,  sometimes they literally copy every aspect of their lives. This is  so much stressed that the priests’ humanity is neglected since they are regarded as Alter Christus (another Christ). 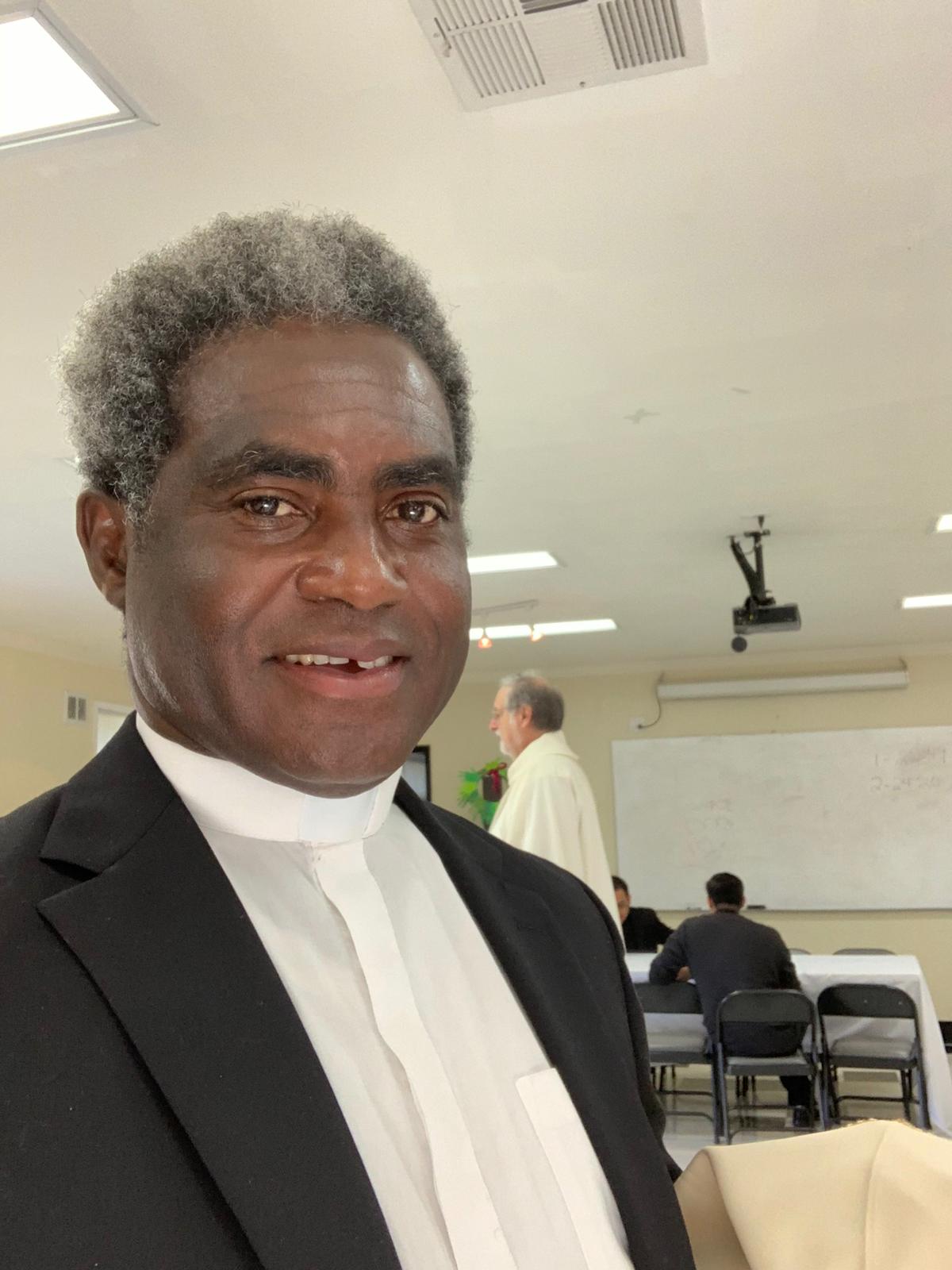 I visited my former parish and observed that some of the Altar servers now wear afro haircuts, what they call ‘Fr. John’s hairstyle’. A trend! Coffee didn’t know it was that sweet until it met milk and sugar.

​The priestly fraternity has shown me that experience is the best teacher. I acquired some specific priestly roles and demeanor from other faithfuls, altar servers, seminarians and aspirants more than I learned from my seminary formators and the entire clergy. Some priests in crises (Wounded Priests) have the best gospel.

Priesthood is a journey where collective and cooperative effort play a significant role in its success- onye ahana nwanne ya. In the best flow, everybody or every situation counts as a learning process, just as nothing is negligible. People do not need a tag to teach, neither do they learn because they are little. We need growth even when we are grown. Teaching and learning go hand in hand. Consequently, we should be careful and be of good character and morals because we might be the only Scripture our neighbor might read.​

​The purpose of life is to live for others, and complement their unsurfaced version.  This life’s purpose is vividly seen in Doris and Dorthy, the twin sisters that I met a few years ago. They are excellent example of two sides of a coin in interpersonal relationships.

The twin sisters surprisingly did not have identical physical features but immensely have a lot in common.They were both great artists – Dorthy was a great musician, photographer, and experienced driver, while Doris was a graphic designer and a poet. When I met Dorthy, she was 82 years old, and was the organist for the Sisters of the Holy Family, where I served as a chaplain. She had been a nun for over 50 years while Doris was a Lay faithful. Getting aged, Doris came to the convent to live with her twin sister for support and complement.

​The two sisters requested that I visit and anoint their elder sister, Mary, in a nursing home at Windsor, which is about 8 miles away. We agreed to leave after the evening Mass on the appointed day. Windsor is much close to Holy Spirit church, where I reside, and they thought I should be familiar with the itinerary. I was not humble enough to say, ‘I don’t know’ (Idk). Rather, I was confident that I would drive right behind them – they were old and wouldn’t be speeding too fast for me to follow up.

​By the time I drove out from the parking lot, a red Toyota Corolla was gradually rolling out from the backyard of the convent. The car was actually different from the regular Toyota Prius the Sisters have in the convent, but then I remembered that Doris was not a nun and could have her own car.

I started following up right away. I was amazed at how fast the car was moving – the more I tried to catch up, the faster it sped. I decided to match up since I didn’t know the Windsor Nursing Home route.

​The situation started getting dramatic after about 5 miles when the red car made a turn to a windy street in a more residential area. It became obvious that its speed got faster as a consequence of my pursuit. It was like the exercise of the Fast and Furious or James Bond, in fact, Onye Owa! Suddenly, it entered a compound and headed straight to the parking lot.

I got confused as I looked around and could not imagine a place with sets of condos and upstairs to be a nursing home. As I moved closer, now at a reduced acceleration, the driver literally jumped out and was about running but then saw that it was I. She then stopped and heaved a sigh of relief.

​I was shocked! It was not Doris nor Dorthy. However, it was one of the visitors who joined at Mass in the convent, Mrs. Gabby. She was panicking and almost trembling. Then she expressed that she was surprised to observe my car tailgating hers right from the Palm Dale Estate, the resident of the Holy Family Sisters. She suspected that whoever was following her was up to something, and she decided to fly off until we landed in her compound. She never knew my car; neither did I know hers.

​As we were still talking, a Toyota Prius pulled up, Doris and Dorthy alighted from it. They also expressed their surprise at my high speed and narrated how they decided to follow up, thinking that I just decided to take the lead. Incidentally that was how they got to know Mrs. Gabby’s house. Luckily, we also observed that Windsor was one street across Mrs. Gabby’s resident. Mrs. Gabby on hearing about our mission decided to join the league to visit Mary. We became a team!

​We were all surprised at the twist and the coincidence! Amongst the three of us, it was hard to tell who led the way as we were each controlled by the other’s movement. We can complement and tap from each other’s followership only if we open up and cooperate. Only Jesus is the Way, and we are all followers.

I take on from the story of the Shopkeeper and the Toller (the church bell ringer). As the toller sets his wristwatch from the shopkeeper’s clock, the shopkeeper sets his clock each time the toller rings the bell for the Angelus. At the end, the question is: who is informing the other? Or the intriguing story from The Church of Saints and Sinners concerning the drunkard who forgot his bicycle for three days in the marketplace, only to have it stolen the moment he went to the church for thanksgiving. What a paradox!

​In my 19 years in the sacred priesthood, I am bold to say that the weak and vulnerable have been significant sources of my strength and growth. The irony of life is that we learn more from failures and challenging situations than from success and joyful moments. As one of my School mates quotes, “Uru di na Mgbeke” (there are rummy benefits in dating timid girls). The secret of everlasting life is hidden from the wise and the learned but revealed to the fools and the childlike.

​In my administration of the sacraments, I appreciate the disposition, preparation, openness, courage, participation, and passion of some candidates. I have learned a lot from the people I teach in the Catechism Class, Bible Study, Faith Formation, and Sacramental Preparation. In some cases, I have been the greatest beneficiary of my homilies. Some arguments with the Jehovah’s Witnesses have been an eye-opener and food for thought. I have parishioners who give me money to offer Holy Masses and pray for them, and I discover that they pray for me too, even more than I do for them.

​The Baptism of a 3 month old baby I celebrated was a call for sober reflection, as families traveled from far and near just for her sake, to witness the event. In the same way, I have learned a lot assisting candidates going through the process of RCIA (Rite of Christian Initiation of Adults). For instance, I was astounded when a young man gave reasons for the name he chose as his Confirmation name, and his plans to live up to that as a true soldier of Christ. In a like manner, the woman who insisted on receiving the Holy Communion in the tongue during the COVID-19 intense restrictions and protocols thrilled me.

Even though I did not wholly accept her logic when she explained her reasons, the argument lends to my more profound appreciation and reverence to the Real Presence of Christ. Time and again, the struggles of the penitence at Confessions have challenged and strengthened my commitment to the priestly vows.

Likewise, visiting and praying for the sick have been great teaching moments, just as having meeting with a  mourning families for the preparation or during the funerals of their loved ones. Settling conflicts for  married couples and groups have impacted me with patience, discipline, and charity.

​In the long run, it is a situation where the teacher is being taught, or like the game where the hunter is being hunted. We are all vulnerable as we continue to be moulded and shaped by one another’s contact and interaction. We can never make a spiritual advancement until we admit with disarming honesty and humility that we are absolutely vulnerable. We are not competent to claim anything for ourselves, our competence comes from God.

Whatever we have is given to us either directly by God, or through others. The one who is set to receive must be prepared to give. When we are gone, we would be remembered not by how much we received but by how much we gave. (Nani olu anyi ka aga eji cheta anyi)

​The message of Salvation is foolishness to those who are perishing, but to us who are being saved, it is the mercy and power of God. For it is written: “I will destroy the wisdom of the wise; the intelligence of the intelligent I will frustrate.” Where is the wise man? Where is the Scribe? Where is the Philosopher of this age? Has not God made foolish the wisdom of the world? (1Cor. 1:18-20) God has hidden these things from the wise but revealed them to the childlike. (Mt. 11:25-27, Lk 10:17-24 ) Here we are, fools for Christ’s sake!