No fewer than 19 Super Eagles players have resume training in camp ahead of African Cup of Nations Qualifiers and the remaining two 2021 AFCON qualifiers against the Benin Republic and Lesotho. 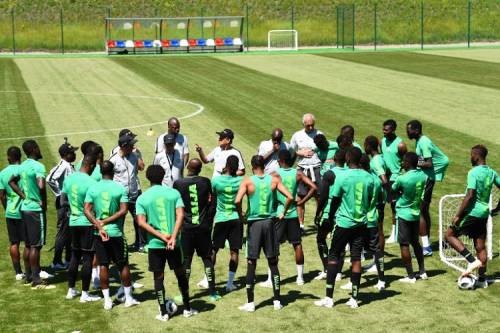 ‘Update! Francis Uzoho has arrived,’ he said in another tweet.

The players who camped at the Eko Hotels and Suites, began training last Tuesday at the Teslim Balogun Stadium, Lagos, ahead of the build-up to their games billed for next week.

Fides learnt that Enyimba goal stopper, John Noble, was on the initial 24-man list for both games, but his teammate AnayoIwuala and Abia Warriors’ centre-back Adekunle Adeleke were handed invitations from the domestic league, following the withdrawals of some Europe-based players from the squad.